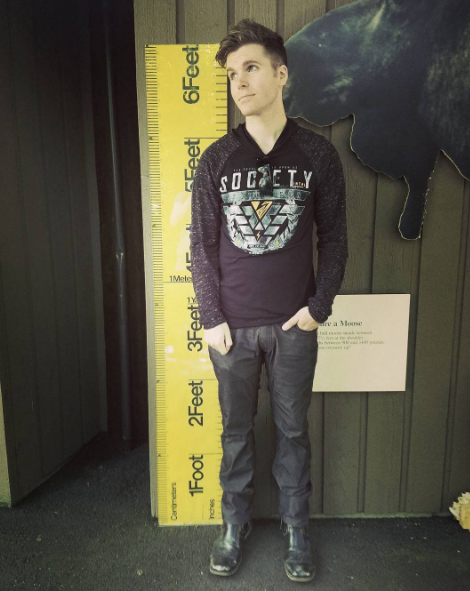 Onision height revealed, He is standing beside a giant ruler in this picture.

Onision is originally from Washington and he and his siblings were raised mostly by his mother. He said he has not spken to his father in years. 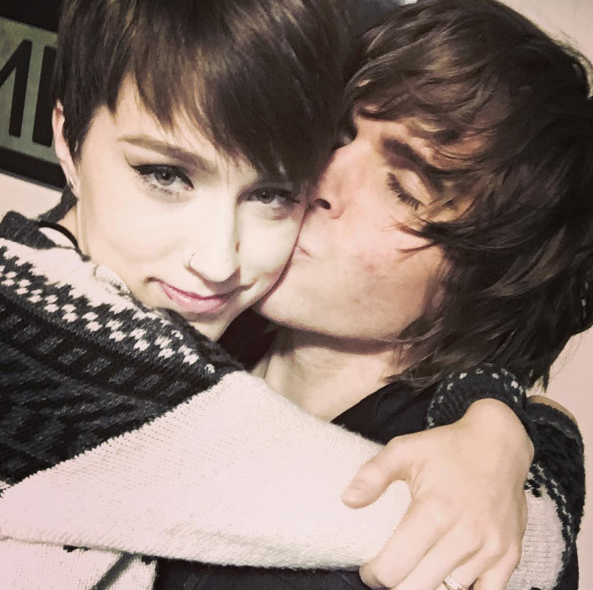 Onision kissing his wife, Laineybot, in this picture. 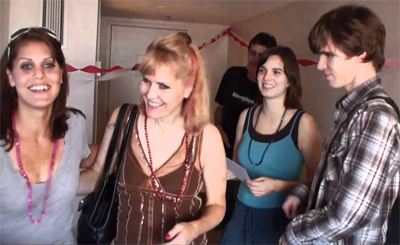 Dating History Boyfriend / Spouse or Girlfriend / Spouse:
Dated the pop singer Shiloh and is now married to Laineybot with whom he has a child

List of 10 Facts / Trivia:
1. Onision served in the U.S. Air Force before becoming famous on YouTube.
2. He was raised by his Mother and has two sisters
3. His parents divorced when he was two after his father was convicted of a sexual crime against a minor.
4. Greg spent time in juvenile prison after repeatedly kicking his father in the chest in self defense as his father tried to strangle him.
5. He has stated that he was very depressed and suicidal during his high school years and later recovered.
6. However, he has gone on to say that he still struggles with depression in his adult life and that he held a gun to his head during his time in the Air Force.
7. He has multiple Youtube channels including OnisionArchive, OnisionSpeaks and OnisionEncore.
8. Greg is a vegetarian.
9. He has written two novels, “Stones To Abbigale” and “This Is Why I Hate You” both published in 2015. He has received a lot of criticism for the books being rife with spelling and grammatical errors due to lack of editing.
10. Onision has instigated numerous online controversies including an incident in 2010 when he posted a video online stating that his ex-wife Skye had broken into his home and stolen a number of his belongings.