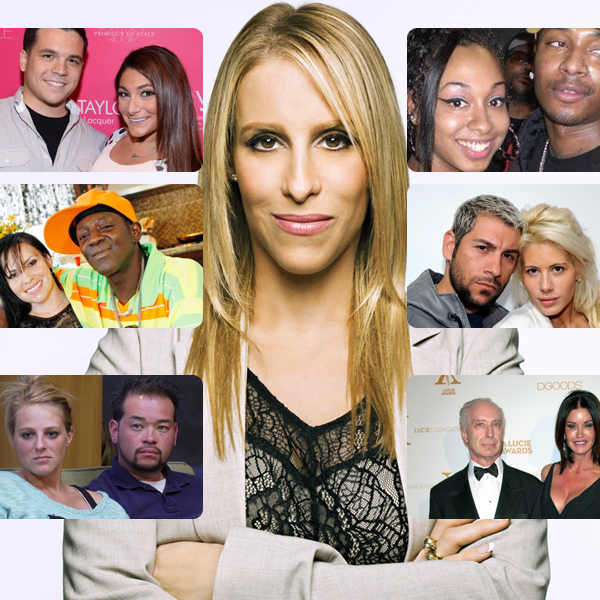 VH1’s “Couples Therapy with Dr. Jenn” just wrapped its sixth season of relationship problems and over-the-top drama. This season featured Mob Wife, Angela “Big Ang” Raiola and her husband, Neil Murphy along with four other couples who found themselves at a cross-road. Every season, couples delve into their deep issues and struggles while host and counselor, Dr. Jenn Man, attempts to give participants guidance and support.

Before binge-watch the season, here are seven things about the show that we think you should know:

2. Dr. Jenn Mann is based out of Beverly Hills and has a private practice specializing in marriage, family and child therapy. Her practice has been open for more than twenty years. Clients seek her help for issues including relationship issues, eating disorders, substance abuse, depression, sexual abuse and anxiety.

3. Dr. Jenn has appeared on many TV shows including The Oprah Winfrey Show, The Today Show, The Early Show and CNN. She is also an author and award-willing columnist. Her books include 12 Ways to Give Your Child a Head Start in the First 3 Years and The A to Z Guide to Raising Happy Confident Kids and Rockin’ Babies.

4. Couples on the show are typically reality TV stars who are currently out of the spotlight. Past stars include Linda Hogan, DMX, Jon Gosselin, Jenna Jameson as well as Dough Hutchison and his very young wife, Courtney Stodden.

5. Dr. Jenn isn’t the only professional on the show. Couples also get help from Dr. Mike Dow, the show’s Head Counselor. Dow is a psychotherapist, author and relationship expert. He appears regularly on The Dr. Oz Show, Anderson Cooper 360, and The Rachel Ray Show. This season will also feature Dr. Christian Conte, former host of “Coaching Bad” on SPIKE TV and anger management specialist.

6. All of the couples seeking counseling on “Couples Therapy with Dr. Jenn” live in the same house while filming the season together. While living at the treatment center, they undergo three weeks of intensive therapy- group, couples, individual, family, and therapeutic exercises.

7. If you can’t get enough of Dr. Jenn, VH1 has developed a spin-off called “Family Therapy with Dr. Jenn” featuring families of “stars” seeking to explore the difficult ties that bind families. All participants live in the same house while going through therapy just as in “Couples Therapy with Dr. Jenn” and go through intense exercises and counseling.

Bottom-line? If you’re looking for your next guilty pleasure, you should absolutely tune in for the non-stop drama on “Couples Therapy with Dr. Jenn.” However, if you’re looking for advice and tips that you could apply to your own relationships, you may want to look elsewhere. Dr. Jenn Mann is definitely a legitimate counselor helping real people in the real world with real-life problems, but this show is purely for entertainment while also serving as a reminder that money and fame truly do not and cannot buy you happiness – or common sense.