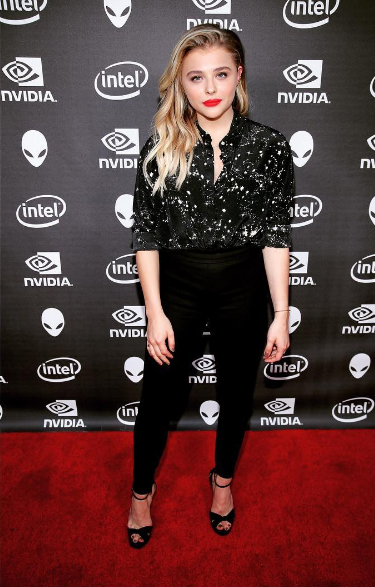 Chloe Grace Moretz was born in Atlanta, GA on February 10, 1997. Both of her parents are in the medical field, her mother being a nurse and father a plastic surgeon. She is the youngest child for her parents and all her siblings are brothers. Trevor Duke-Moretz, her brother, is an accomplished actor himself. Her first acting role was the character Violet in a television series called The Guardian. She has a massive social media following of over 10.5 million followers. 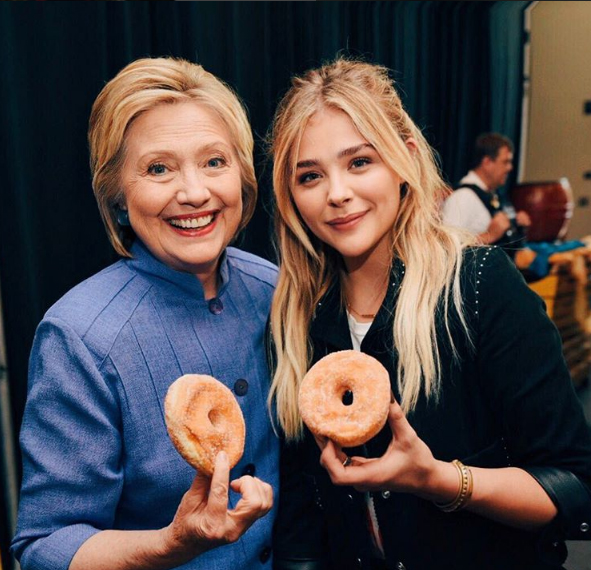 Chloe Grace Moretz standing next to Hillary Clinton, they are similar in height.

Educational Background:
She was home schooled from the age of 9.

Job – Occupation:
Moretz is an American Actress and Model.

Physical Distinctive Features:
She has a small gap between her front teeth

List of 10 Facts / Trivia:
1. Chloe started her acting career when she was only seven years old.
2. She has three pets – a dog named Fuller, another dog named Missy and a cat named Zoe.
3. She is coached in acting by her older brother Trevor.
4. Her family moved to Los Angeles in 2004 which sparked the start of her career.
5. Chloe adores ballet and comedies.
6. Chloe spoke at the Democratic National Convention in 2016 in support of Hilary Clinton
7. She spent a romantic summer with Brooklyn Beckham in 2016, after which the couple broke up.
8. Chloe plays a girl with a rare autoimmune disorder in the 2016 film Brain on Fire
9. She is an outspoken supporter of LGBTQ right
10. Chloe is a Frank Ocean fan.