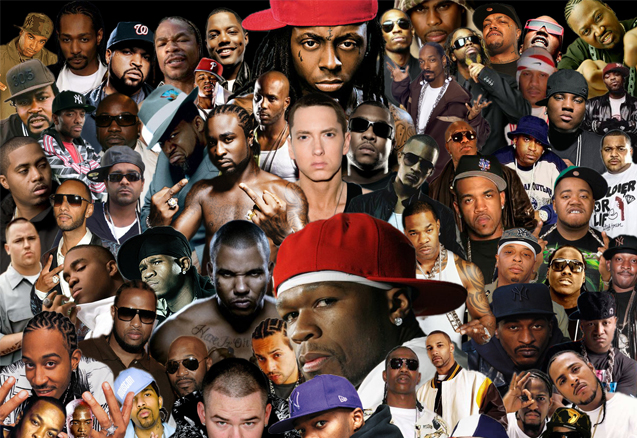 For every hip-hop megastar that reaches the promised land of rap gods there are literally hundreds of wannabes who had careers that were cut short. And those guys are the lucky ones.

Everybody knows somebody who is trying to make it the rap game and the sad truth for many of those guys is that they simply won’t get off the ground. The ‘in betweeners’ of the hip-hop world are the stars that just barely made it only to have their careers flare out like a flash in the pan.

These one hit wonders shouldn’t hang their heads in shame from the losers’ lounge however, many of them challenged what many people saw as the hip-hop establishment and opened the door for many new fans.

This is their story.

The year 2000 saw the hit single “Where I Wanna Be” come straight out of left field. It hit the charts and stayed at the No. 1 slot on the Billboard Hot Rap Singles for four weeks.

While Nate Dogg went on to bigger and better things, Sheist fizzled out. His next release in 2002 couldn’t match the momentum and popularity that “Where I Wanna Be” had generated and his career faded into the background.

The 2007 hit “Wipe me Down” brought the Trill Entertainment label’s top-of-the-line players into the limelight. Foxx wasn’t the only star on the powerhouse album: Survival of the Fittest also featured Webbie and Lil’ Boosie.

Boosie’s career was cut short due to a run in with the law relating to a murder charge and some drug charges. Webbie fell off the face of the earth, and Foxx—despite numerous efforts—never recaptured the ear of the public again.

“Never Scared” and the album of the same title were highly anticipated releases from 2003. Hot out of the Atlanta scene Bone Crusher was gearing up to take the hip-hop world by storm—if the hype was to be believed that is.

Though the album and its title track enjoyed quite a bit of praise and air time it kind of just faded away and Bone Crusher with it.

“Whoot There It Is” from 1993 is a throwback to the days when Miami sound were exploding into the collective consciousness of many fans of the genre. Much to the chagrin of 95 South a very similar Miami beat came out a few months later from Tag Team entitled “Whoomp! (There It Is)”.

The latter of the two is still played and has accumulated massive acclaim while the former has faded into anonymity. Such is life in the rap game.

The story doesn’t end there however, C.C. Lemonhead and Jay Ski the producers of “Whoot There It Is” did see some later success as the 69 Boyz.

“Duffle Bag Boy” featuring Lil Wayne from 2007 was the go-to hit from Supply & Demand, an album from Luda’s DTP crew. Playaz Circle was composed of Dolla Boy and 2 Chainz, though at that time he was known as Tity Boi.

The album itself didn’t garner much attention but “Duffle Bag Boy” had some staying power that year. Tity Boi reimagined himself as 2 Chainz and the rest is history though the Playaz Circle dissolved and faded into memory.

The fast to fade hit “Déjà vu (Uptown Baby)” from 1997 proved to be the only notable release from the group. With a main groove that was essentially a Steely Dan song (“Black Cow”) this song didn’t last too long.

While Peter Gunz may have been low impact, Cory Gunz (several years later) would be getting his “6-foot 7-foot” on with Lil Wayne.

Also from 1997 the single “Luchini AKA This Is It” relied heavily on the beat produced by an early Jay-Z collaborator Ski. While Ski went on to produce bigger and better things (which have by no means faded today) Camp Lo held on to “Luchini” which is remembered as their only hit.

1996’s “Let Me Clear My Throat” became one of the best known party songs to date. Recorded live at the Bahama Bay Club in Philly it includes DJ Kool rapping over Mark and the 45 King’s “900 Number”.

A fantastic song in its own right, it didn’t have the needed staying power to make DJ Kool into a mega star and his other work has since faded from the public eye.

This one is a real throwback. “Top Billin’” from 1987 is a true hustler’s anthem. While few people can name other releases from Audio Two but true fans of the genre know every word o this track by heart.

This song was truly premonitory and groundbreaking though. It paved the way for later successes of rap mega stars and served as a marker post along the long path that contemporary hip-hop has taken.