There are two kind of people in this world: the ones who believe that The Newsroom is God’s gift to television and the ones who want to put it in the trash can because it’s garbage. For me, it was love at first sight. I cherish every minute of it, every lengthy monologue, every pompous remark that comes out of McAvoy’s mouth. 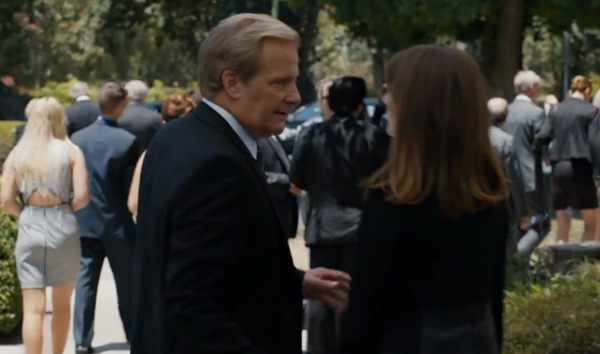 Maybe it’s because when I was little I wanted to become a less whiny version of Mackenzie when I grew up. I thought I’d change the world; but, you know how it happens, the world changed me instead. And she’s still resisting, in a field where journalists are paid per page view. The ACN news team’s idealism, wits, and courage are inspiring – even though they promote a romanticized image of journalism that undergo a plethora of changes since digital took control of the world.

Or maybe I simply enjoy the writing – uneasy, provocative, profound. The show had issues during its three year run, true. I cringe when I think about Maggie’s PTSD arc back in season two and I didn’t enjoy the campus-rape subplot that happened on Sunday’s installment. Overall though, The Newsroom is a thought-provoking series, with an amazing cast, which delighted the audience with several fascinating stories. And it’s going into my re-watch forever pile of the most awesome shows to ever air on television.

But let’s recap episode five of season three, shall we?

We see Will check into prison, and then immediately skip to day 52 of his incarceration. He shares the cell with a domestic abuser, one that isn’t afraid to call Will on his pompousness and seems to have some inside scoop on the ACN’s anchor. The confrontations between the two are tense; while Will tries to remain calm, he eventually caves – “Raise your hands above your hips, and I’ll knock you the f*ck into next week.” His cellmate is persistent though, and keeps asking McAvoy all sorts of personal questions, from inquiring about the photo of him and his dad to asking about his mission to civilize.

When the source kills herself in front of the Department of Justice, Barry Lasenthal gives Will a chance to admit that she was the leaker and earn back his freedom. He doesn’t comply with this demand though, so back in his cell he goes, to have a few more heated discussions with his cellmate. Eventually, Rebecca submits a motion to release Will. Lasenthal joins in. After all, spending time in jail was meant to be coercive, not punitive; and it was clear by now that McAvoy wasn’t going to give up the name. When he proceeds to gather his belongings and vacate the premises, it’s revealed that there wasn’t actually anyone else sharing the cell with Will. Instead, the cellmate was his drunk, abusive, and dead father. I didn’t see this coming, I’ll give you that. 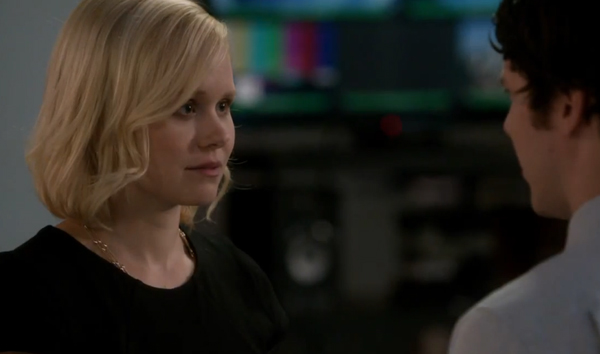 In other news, Maggie and Jim finally got their inevitable happy ending. While tracking NSA hacker Edward Snowden in Moscow, Jim confesses his feelings. Maggie takes a few minutes (or hours, we’re not really sure) to process the information and responds by awkwardly kissing her longtime crush. Honestly speaking, if this would have happened back in season one, I would have cheered. Now I’m not that into them anymore. But it was a long time coming, so it’s nice they’re finally on the same page.

Meanwhile, Pruit has taken control of the network and makes various changes that don’t sit well with the staff. His ambition to appeal to Millennials leads to hashtagged ads, dubious show guests, and the deeply disturbing ACNgage app. Charlie Skinner is caught right in the middle – he does his best to allow Mackenzie to cover actual stories while indulging Pruit his fluff pieces. The problem? Pruit’s tactics actually helped the ratings go up, so it’s likely that the network’s new agenda won’t suffer any makeovers anytime soon. Skinner looks angry and exhausted at the same time, which should have been a sign that something will go terribly wrong, terribly soon.

Because of the network’s need to air sensational and promotable stories, Don is forced to produce a story which entails putting a rape victim in the same studio with her attacker. He travels to Princeton to meet the student, Mary – and convince her not to go on the air. See, Mary started a website that allows other victims to post the names of their attackers. Don believes that this website could someday be used by someone to accuse an innocent man of rape (and cost him his career in the process) just for revenge. I deeply love Don as a character; but even though his intentions might have been noble here, he only came off as offensive and insensitive. Even so, Mary agrees to come on the show and face her attacker. But later, when Charlie asks Don if he managed to track the student down, he says no.

Elsewhere, Sloan decides to rebel against authority and show the audience just how atrocious the ACNgage app is. She invites the guy in charge of the app on the show to praise it, but instead trashes the guy, the app, and everything it represents. She was on fire. It’s a wonderful segment, one I’m going to enjoy for many replays to come. Pruit didn’t share my opinion though, and wanted to fire Sloan and Mac on the spot. Charlie wasn’t happy either – he entered the newsroom screaming in his characteristic way, but noted that only he had the power to fire employees. He then invited Pruit for a chat, saying that he’ll be back in a minute. And then it happened.

Charlie abruptly falls to the ground, hitting his head in the process. “Oh Shenandoah” starts playing; and we know that’s that. An ambulance rushes Charlie to the hospital, while Will is getting ready to regain his freedom. He’s greeted by Mac, whose pain is almost palpable. “Charlie had a heart attack a few hours ago. He died.”

Skinner was one of the most charismatic characters on the show. I’m truly going to miss him.

The last episode of the series airs next Sunday. Judging by the promo, I don’t believe I’m emotionally stable enough to deal with everything that’s going to happen.

How do you think the show is going to end? With an emotional eulogy given by Will? With everybody quitting and going their own ways? Give us a shout in the comments!