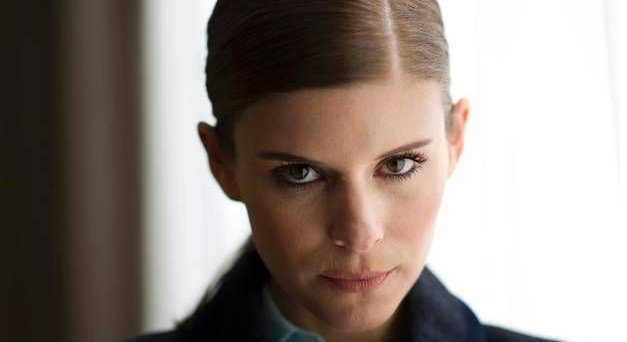 There was a lot of great television in 2014 for everyone to enjoy. Some made us laugh, some made us tear up, some even caused us to throw unexpected fits of rage (I’m looking at you, How I Met Your Mother). And while there was no shortage of heartbreak and tragedy on our favorite shows this year, there’s nothing more poignant than saying good-bye to a beloved character you’ve came to love during the course of one or more seasons.

Here’s a list of ten TV deaths that occurred in 2014 and scarred me for life. Or, you know, for a couple of days at least.

I was looking forward to the second season of this highly disturbing political drama; and I wasn’t disappointed. Zoe’s death from the first episode was brutal and sudden, causing me to choke on my sandwich and stare at the screen with a bewildered WTF just happened look on my face. She went out with a bang and made me even more curious about how the aftermath will play out. They don’t call it binge-watching for nothing.

Oh, Red Viper. You were amazing. From your first on-screen moment to your gruesome death scene, you made viewers fall in love with you and hope for the best. Then you proceeded to crush all those hopes in a matter of seconds. While you can’t watch Game of Thrones without fearing that your favorite characters will be brutally murdered, this one still stung. A lot of characters passed away in season four (Ygritte, Joffrey – yay!, Tywin, Shea, and so on), but none will be as missed as Prince Oberyn.

Will Gardner – The Good Wife

Be it a lesson that not even main characters are safe on today’s dramas anymore. Will’s death was unexpected, painful to watch, and hit too close to home. It played out just as it would in real life – no last-minute tearful good-byes, no happy endings, no closure for anyone. All he left behind were a bunch of unanswered questions and plenty of memories we can (luckily) re-watch to lessen the pain. Even more touching were the remarkable performances delivered by everyone involved in the aftermath of Will’s death. Seeing his peers mourn, each in their own way, was heartbreaking.

You usually expect a character to die in the season finale, not in the premiere, which made the demise of this beloved character that more shocking. He was a good guy. He was young. He was about to be a father. He didn’t deserve this. His warmth, dedication, and optimism will always be remembered fondly.

Whether you loved or hated The Newsroom, you have to admit that Skinner was one of the best characters on the show. Seeing him go down like that was unsettling, to say the least. At least he died doing what he always enjoyed – scream from the top of his lungs in the middle of a crowded newsroom. I’ll never be able to listen to Oh Shenandoah or That’s How I Got to Memphis without thinking about the witty news director.

She was a lovable villain and basically the only thing that made The Vampire’s Diaries season five watchable. Furthermore, Katherine was always portrayed as a survivor, so her death that much more meaningful for the show. However, there’s no such thing as true death in the supernatural world of Mystic Falls, so I’m still hoping we’ll get to see her again sometime down the road. After all, she remains my favorite Petrova doppelganger. Elena’s just too whiny.

Oh my God, they killed Sara! Another premiere death I wasn’t expecting. I didn’t like her that much in the beginning (team Olicity forever), but she grew on me once I had the chance to learn more about her journey. Her strength, chemistry with the cast, and delightful vulnerability made her one of the most popular characters in the Arrow universe. The only good thing that could come out of this horrible turn of events is for Laurel to clean up her act and start kicking some serious superhero ass. Rest in peace, Black Canary! You were a true badass.

The Mother – How I Met Your Mother

This was utterly  uncool. After waiting for years and years to meet her, The Mother proved to be a wonderful character, one you fall in love with in a matter of seconds, not even episodes. She was charming and funny – the perfect match for Ted the doofus. A quick PSA for all the powerful TV gods out there – building up to her arrival only to kill her off in the finale was even more brutal than popping Oberyn’s head like a watermelon. Uncool.

Daniel’s was without a doubt the biggest death in Revenge history, thus completing the character’s journey towards redemption. He died in Emily’s arms, after taking a bullet for her. Fitting, due to the fact that he’s the one who shot her back in season two. Nevertheless, a sad moment for Revenge fans everywhere.

It was touching and incredibly depressing to see Allison die in the arms of her true love – a moment that made Teen Wolf enthusiasts extremely unhappy. However, when Crystal Reed decided to leave the show, killing her off was the only thing the writers agreed would be true to her character. She was incredibly strong and resilient – and will forever be missed.