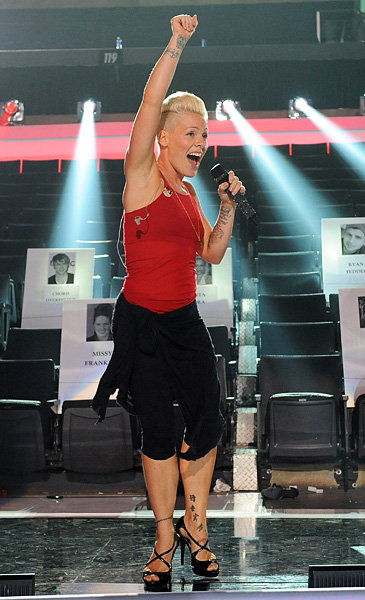 Job – Occupation:
Pink is a singer, songwriter, dancer and actress.

Style, makeup, Dress and hair style:
pink loves to wear her signature Mohawk hairstyle, which is mostly dyed blonde. Her style of dress is punk rock. 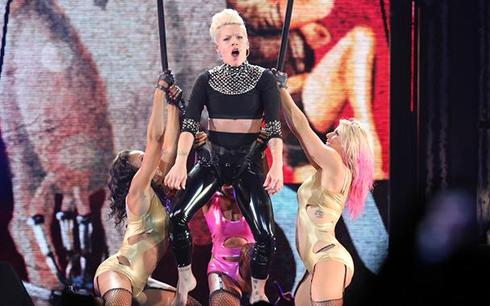 10 Facts About Pink:
1. Pink was once a member of a girl group called CHOICE.
2. In the year 2000 when she released her debut solo album, the world took notice and soon realize that she was a unique kind of artist who would become a true superstar. The album was so good it got certified double platinum in the United States. The main driving force was the two singles “There You Go” and “Most Girls”, which found their way on the Billboard Hot 100 top-ten hits simultaneously.
3. Pink, whose real name is Alecia Beth Moore, grew up in Doylestown, Pennsylvania with her parents. Her mother Judy was a nurse and her father was a Vietnam War veteran.
4. Her parent got divorced just before her 10th birthday.
5. When she was about 14 years old she took her singing talent to the Philadelphia night clubs where she would perform live.
6. Her name derived the Quentin Tarantino’s film Reservoir Dogs, the character “Mr. Pink”.
7. She describe herself as being extreme because of activities she would be involved in like skateboarding, singing hip hop, and being lead singer in a band.
8. She named Janis Joplin and Madonna as the two people to have the greatest musical influences on her career.
9. She is an animal-rights activist.
10. Pink got married to Carey Hart in Costa Rica on January 7, 2006.