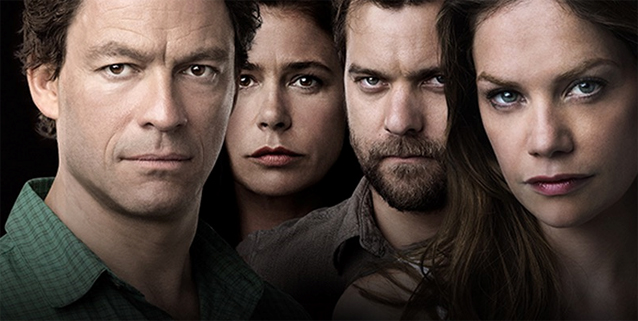 This year blessed us with plenty of exceptional television. Brilliant directing, unique storylines, and mesmerizing performances were to blame for keeping us tied to our screens hours at a time, forgetting that we still need to get some work done if we want to afford our Netflix subscription for another 12 months. A lot of established shows got their groove back this year (like Homeland, New Girl, and The Vampire Diaries), while some new-comers managed to catch both our attention and high praise. Here are the best series released in 2014, in no particular order.

John Oliver’s Last Week Tonight may have been goofy at times, but is managed to stay consistently hilarious throughout its first season run. Plenty of clips from the show became viral in a matter of hours – that’s actually how I became interested in the series, after I saw segments plastered all over my friends’ social media. Furthermore, Oliver proved he has an excellent ability to shed humorous light on the news stories that shaped 2014. The man is a genius, and his show is undoubtedly refreshing. Looking forward to season two.

Broad City was one of the most pleasant TV surprises of 2014. Sure, it might be another series following young twentysomething women in NYC dealing with everything that young twentysomethings deal with, but Abbi and Ilana portray the struggles of growing up with humor and nonchalance. They never take themselves too seriously – instead, they provide a constant reminder that life is worth living to the fullest during this brief period of time before responsibilities really start piling up. They also get bonus points for depicting female friendship in an honest and realistic way, something that few shows/movies actually pull off.

Transparent‘s biggest accomplishment is that it managed to deliver a heartfelt story that viewers weren’t that familiar with. Coupled with amazing performances from its incredible cast, it quickly became the critics’ favorite new series, landing two nominations for the Golden Globes. If you haven’t seen it yet, the holidays are the perfect time to get caught up.

This riveting drama that explores the emotional effects of an extramarital relationship had a great pilot and kept winning over fans due to its smart, creative storytelling. Top notch acting, intrigue, and compelling storytelling are mainly why The Affair became one of the must-watch series of 2014.  It was also nominated for three Golden Globes, showing that mystery and steam still make for awesome TV.

With a strong debut and amazing characters, The Flash is shaping into one of the most successful new series of 2014, and for good reasons. It’s highly enjoyable flick – the creators know how to have fun and deliver stories with lightness, pretty uncharacteristic for superhero series. Furthermore, Barry Allen is joyful and optimistic despite his tragic past; something pretty uncommon for a superhero trying to save the world. It may not be the best new show of the year, but it’s certainly one of the most entertaining ones.

How to Get Away with Murder

In How to Get Away with Murder, Viola Davis portrays the perfect anti-heroine, and she does so with grace and vulnerability. Whether you’re rooting for professor Keating or not, you have to admit that the fresh Shondaland drama knows how to keep viewers on the edge of their seat. The captivating series doesn’t fall short on twists, sex, and secrets, giving viewers everywhere something to talk about on social media and around the water cooler. Also, HTGAWM introduced me to Jack Falahee; for that I’ll be forever thankful.

Silicon Valley’s hilarious ensemble makes this one of the smartest and most enjoyable sitcoms released in 2014; perfect to unwind with after a hectic day. After only 8 episodes, the show managed to earn a special spot in our hearts, mainly due to its sharp satirical eye for the excesses in the startup industry. It’s like the tech version of Entourage, one you surely don’t want to miss.

Midwestern life was never more exciting than in Fargo, an adaptation of the 1996 film. The show received broad acclaim from television critics and won Emmys for Outstanding Miniseries and Outstanding Directing. In short, it’s a great show no TV lover out there should miss.

Due to its ridiculous premise, the show was easy to dismiss. Surprisingly enough though, it became one of the most successful series of the fall, with breakthrough performances and a certain warmth that makes it extremely easy to root for. It also won the CW two Golden Globes nominations, becoming the underdog series of the year. An utterly charming underdog.

Black-ish showed us all that there still is hope for network comedies. It’s funny and warm, has a good cast, and quickly became one of the bright spots in the ultimately bleak fall TV landscape. It has a lot of potential, so it will hopefully become even better once it finds its rhythm.

Who would have thought that an animated sitcom would become one of the darkest shows of the year? Sure, BoJack Horseman is funny enough, buy it adds a certain depth to its characters that makes them entirely relatable. Its inventive setting and accurate portrayal of clinical depression make this one of the most underrated (and clever) shows of the year.

Which of these shows did you watch in 2014? Let us know in the comments!