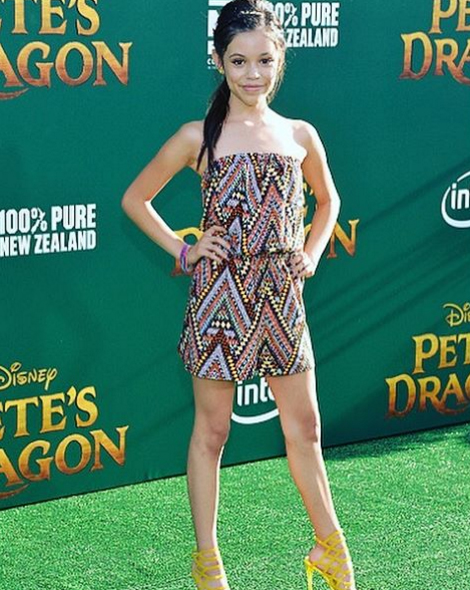 Jenna Ortega is an American actress and a product of the Coachella Valley, California area. She was born on September 27, 2002 and is making a true mark in Hollywood, both on TV and in major films. At the age of 8.5, Jenna stated out doing a number of television series such as CSI: NY and Days of Our Lives. She is probaly best known for roles in Jane the Virgin on The CW and Stuck in the Middle on Disney Channel. Her acting talent and career soon brought roles in the films Insidious: Chapter 2, the Librarian opposite Marcia Gay Harden, and Iron Man 3. She is also the voice in Princess Isabel on the Disney Channel animated television series Elena of Avalor.

Affiliation and Friends:
Ortega is affiliated with Coast to Coast Talent Group. She is friends with Maddie Ziegler, Olivia Rodrigo, Isaak Presley, Kayla Maisonet, Ariana Greenblatt and others.

Ethnicity:
Ortega is of Puerto Rican and Mexican descent.

Physical Distinctive Features:
She is a child start with a diminutive figure.

Style, makeup, Dress and hair style:
She like to get dressed up when she walks the red carpet and at interviews.

First TV Show or Movie:
Stuck in the Middle on Disney Channel.

List of Facts / Trivia:
1. She grew up with two sisters, Mia and Aliyah, and two brothers, Isaac and Markus, in California.
2. In June 2016 she went to dinner at Bleecker St. and ended up buying herself a dog.
3. She appeared on Good Morning America.