The nominations for the 72nd Golden Globe Awards were announced early Thursday morning. While some of the Hollywood Foreign Press Association picks were predictable and safe, others managed to truly surprise movie and TV lovers everywhere (not all in a bad way, thank God!). See below who made the cut and read my snappy thoughts on the subject. 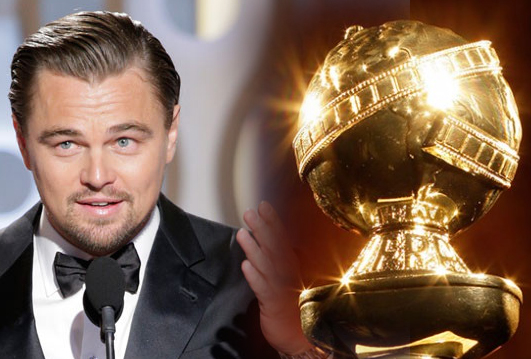 Best Performance by an Actor in a Motion Picture – Drama

Best Performance by an Actress in a Motion Picture – Drama

Happy for all the nods Boyhood got. Let’s give this movie all the awards possible and call it a day, ok?
Jennifer Aniston being nominated for Best Actress was a pleasant surprise. She does a great role in Cake, showing that even though an actress is known mostly for her comedic roles, it doesn’t mean she can’t do drama. Sandra Bullock surprised everyone with Crash back in 2014, after roles in numerous romantic comedies. She went on to win an Oscar five years later for The Blind Side. Really hope Aniston follows the same path.
Everyone nominated in the the Best Actor in a Drama category: I love you all. Too bad you can’t all win.

Angelina Jolie was completely shut out for Unbroken. That was unexpected. Especially since she was nominated even for her role in The Tourist, which, let’s face it, is no masterpiece. The HFPA works in mysterious ways.
No love for Laura Dern and her great role in Wild? Why? Just why?
In the same note, no love for Marion Cotillard. Two Days, One Night, was in competition in Cannes after all. A little weird.

Begin Again should have made it to the Best Musical/Comedy category. At least Ruffalo was nominated for both Foxcatcher and The Normal Heart. Scanty consolation prize, but still.

Best Mini-Series or Motion Picture Made for Television

Best Performance by an Actor in a Television Series – Drama

Best Performance by an Actress in a Television Series – Drama

Best Performance by an Actor in a Supporting Role in a Series, Mini-Series or Motion Picture Made for Television

Best Performance by an Actress in a Supporting Role in a Series, Mini-Series or Motion Picture Made for Television

The Good Wife is the best drama on network television, and I’m happy the HFPA agrees. I think it’s comfortable for writers to stick with a format once they notice that viewers keep tuning in. But Michelle and Robert King like to experiment, and TGW keeps reinventing itself, enchanting us with compelling storylines and twists season after season.
Jane the Virgin managed to finally break the CW into Golden Globes territory. Yay!
Viola Davis enters the best actress race. Beware! The competition just got fiercer.
All the love for Transparent. It just made history for Amazon.
Game of Thrones for the win. It’s only the second time the show has been nominated.

Very sad not to see The Big Bang Theory anywhere on the list of nominations. I in no way believe that the quality of the show decreased in the previous year; plus, Jim Parsons is still brilliantly amazing. The same goes for Modern Family.
Maybe Homeland should have been nominated for Best Drama instead of Downton Abbey? The show really got its groove back this season. Or, you know, at least show Mad Men some recognition.
I get why Alan Cumming was nominated for Best Supporting Actor, but no Matt Czuchry?
As happy as I am for Viola Davis, I’m equally sad for Kerry Washington. She’s a gladiator in a suit. She deserved a second nomination for playing Olivia Pope.
No nomination for Julia Roberts? I’m a little shocked. I loved everything about The Normal Heart and it’s just weird not seeing her name on the list.
Apparently Orange Is the New Black is still considered a comedy. Do you people even watch this show?

Tatiana Maslany got snubbed again. Not cool. Give this woman an award already! She’s awesome.
Where is Sherlock? No Sherlock? I don’t understand what’s happening.

The Golden Globe Awards will air on January 11 on NBC, hosted by Amy Poehler and Tina Fey.

Who are you favorite contenders? Let us know in the comments!