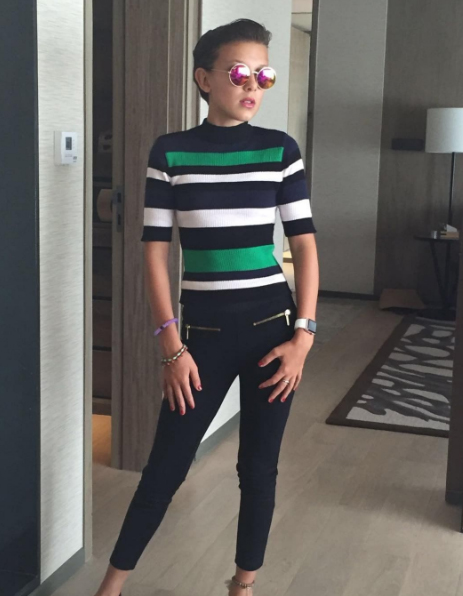 Millie Brown has British parents but she was born in Spain. When they moved to Florida, Brown started pursuing her acting career. It was not long before the influencers in Hollywood started taking note of her natural talent to act. She was soon offered the a role in ABC’s Once Upon a Time in Wonderland and then the role of Madison O’Donnell in BBC America’s show, “Intruders.” Brown has grown in popularity since staring in Stranger Things, a TV series that has to d with Drama, Horror and Mystery. It started in 2016 and the season 2 premier with be in 2017.

Association and Friends:
She is associated with Winona Ryder, David Harbour, Finn Wolfhard, Jessie Nickson-Lopez and others.

Physical Distinctive Features:
Her hair style is cut low because her role in Stranger Things.

Well Known For:
Playing the role of Eleven in Stranger Things

First TV Show or Movie:
Once Upon a Time in Wonderland 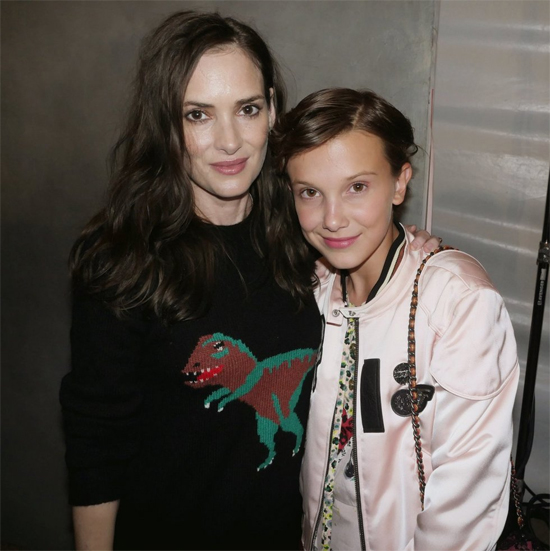 List of 10 Facts / Trivia:
1. Millie’s parents sold everything and borrowed money from her manager, Melanie Greene, to be able to afford the move to Hollywood in support of her acting career when she was eight years old.
2. They returned to the UK after Millie failed to achieve any large roles and they ran out of money.
3. Millie describes a bad audition during which the casting agent criticized her, saying she was too mature and grown up, and made her cry. She auditioned for Stranger Things later that day, and describes her raw emotional state as the key factor in securing the role, which transformed her and her family’s lives.
4. After she received the role of Eleven in Stranger Things, she returned to the US with her family to begin filming.
5. Millie describes her co-star Winona Ryder as a friend and mentor. They would eat cheese and crackers in Winona’s trailer during filming of Stranger Things.
6. She has been bombarded with offers of work since landing the star role and is likely to return in the second season of the show.
7. Before striking gold with Stranger Things, Millie made guest appearances on NCIS, Modern Family and Grey’s Anatomy.
8. She was born in Malaga, Spain. Her family returned to England when she was four years old before their move to the US when she was eight.
9. Millie Brown is a supporter of the English football team Liverpool F.C.
10. She has an older sister, Paige, an older brother, Charlie, and a younger sister, Ava.