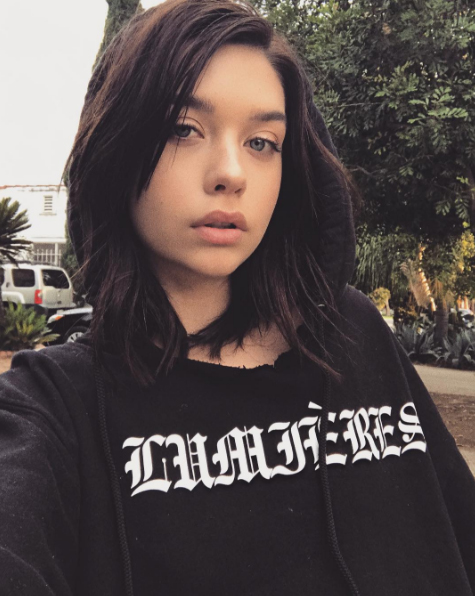 Steele is very popular on Youtube where she has close to 3 million subscribers at the end of 2016. She is also an actress, known for Guidance (2015), AwesomenessTV (2013) and Celebs React (2016). Amanda also creates content on Verizon’s Go90, AwesomenessTV’s YouTube Channel and Instagram. She has been making videos on YouTube since she was 10 years old.She signed with IMG Models and worked with photographers such as Michel Comte for Vogue Italia. She has been featured in Teen Vogue, V Magazine, CR Magazine, Seventeen, and Nylon.

She has been working with beauty panels and she worked with Maybelline to cover New York Fashion week.

Association and Friends:
She friends with Lia Marie Johnson and

Body:
She has a slim body type.

Dating History Boyfriend / Spouse:
Her boyfriend was Markel Williams before she announced on Twitter they were ending their relationship.

The color of her hair:
Brown

List of Facts / Trivia:
1. Amanda’s YouTube channel called MakeupbyMandy24. It was started on Jan 3, 2010. She has a second channel, Maaannndddyy, with more than 600,000 subscribers at the end of 2016.
2. She creates content that has to do with beauty and fashion.
3. Her older sister is Lauren Steele, who is somewhat popular on Instagram.
4. She looks a lot like Sarah Hyland.
5. SShe went to school in Southern California before switching to homeschooling at age fourteen.
6. She was also a former cheerleader.