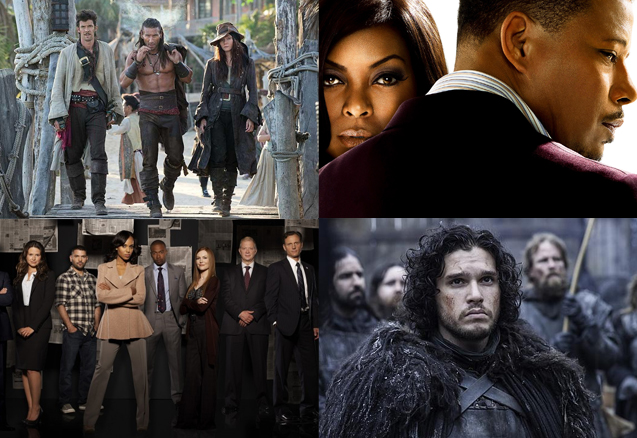 There is something comforting about the sameness of TV and its scripted predictability. Channels have gotten away with reruns for years—the stuff that we’ve seen time and time again—and instead of demanding new shows, we ask for more reruns!

It takes a lot to get a TV show off the ground though, and in some cases a simple phone call or a minor casting decision could have forever changed the face of some of our most treasured and iconic shows.

Let’s take a look at how things shook out behind the scenes of four beloved TV shows.

A last minute casting decision on Frasier lead to a last minute addition on Friends. Lisa Kudrow had initially landed the roll of Roz on Frasier but after she was let go from the show she got the role as Phoebe in Friends.
Imagine if Ellen DeGeneres had been on the show. Her turning down the role of Phoebe meant that it was still available for Kudrow when she was let go from Fraiser.

Speaking of Phoebe, she and Chandler were originally intended to be supporting characters and not part of the main six that make up the iconic cast. If that’s not enough, Monica and Joe were originally meant to be the romantic focus of the show.
We now know (by heart) the changes the show’s writers made and America approves.

9. It’s all about the Benjamins

To attach a dollars and cents value to the show’s growth, each cast member was making about $22,500 per episode at the show’s beginning. Later on down the road when the series ended they were each cashing checks for $1 million per episode.

8. Pinkman Gets a Break

In the original script Aaron Paul’s character Jessie Pinkman was slated to die at the end of season 1. Director Vince Gilligan rewrote the entire show to keep Jessie in the story after he saw the chemistry between star Bryan Cranston and Aaron Paul.

7. Stick to the Script

It may seem as though a lot of the slang and banter is improvised but the reality is that almost all of the ‘…bitch’ lines were written in. Unlike some shows where improvisation is fostered by the director, Breaking Bad’s cast reported scenes that were nearly 99% scripted with just a sliver of improvisation making its way onto the show.
Remember in season three when Walt throws a pizza onto the garage roof in frustration? That wasn’t scripted; it was an accident that was done in a single lucky take.

While his character on screen may take advantage of all the pleasures life offers Peter Dinklage is a very strict vegetarian. Any time you ever see Tyrion Lannister eating succulent meat or gorging himself at a feast the meat is always tofu.

5. Have you read Game of Thrones?

Most of the cast hasn’t. In an effort to make their reactions as genuine and real as possible many of the cast members haven’t read the books.
Game of Thrones was originally intended to be a movie but author George R.R. Martin didn’t sign on to the idea of cutting away so much of his story. If that had been the case, the motion picture version of the books would have been much different.

The golden straw hair of Daenerys (played by Emilia Clarke) is a high quality wig; the actress is naturally a brunette. Sansa Stark played by actress Sophie Turner is actually a natural blonde and has to regularly dye her hair to keep up with the show.
Sophie Turner also adopted the dog that played the direwolf Lady once the animal’s role was over on the show.

Nearly 500 actors tried out for the role of Dawson. James Van Der Beek almost didn’t get the part either; who knows who would have been Dawson?

2. Things are not as they appear

The instantly recognizable Dawson’s Creek pier was actually destroyed in a hurricane halfway through the show’s taping. The show’s crew had to scramble to rebuild it and though it was a success, the pier seen later in the show is a replacement.
Speaking of things that are not as they appear, the character Andie played by actress Meredith Monroe was supposed to be 16 during the show. Monroe was 29 when Dawson’s Creek began.

Remember when Dawson’s father died from an ice cream cone? That corny plot twist was the result of a contract negotiation gone awry. Disappointed with the direction the show was taking his character John Wesley Shipp would not budge on a money matter during negotiation. The result: the show’s writers took him out the only way they knew how.