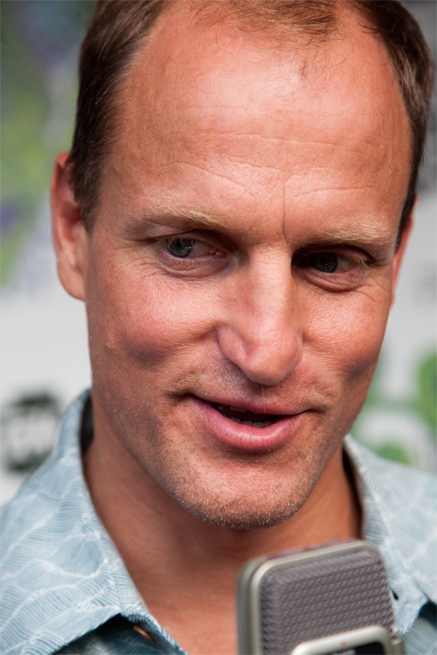 TV Show or Movie
Most people associate Woody to the NBC sitcom “Cheers”. Here are some of the most popular movies that he appeared in.

List of Facts
1. Woody Harrelson is a dedicated vegetarian – vegan.
2. Woody life has had it’s fair share of drama both on screen and in real life. His father, Charles Voyde Harrelson, was actual convicted of killing John H. Wood, Jr. who was a federal judge.
3. In 1982 Woody was charged with disorderly conduct.
4. Soccer Aid is a charity event that’s know around the world. Harrelson played in that even twice and scored once.
5. Woody has graced the inside of People magazine as one of the “50 Most Beautiful People”.
6. He was once married to the daughter of playwright Neil Simon.
7. Harrelson has three daughters, Deni, Zoe and Makani.
8. He is very vocal about his supporter of veganism and drug reform.
9. He grew up in christian household where they studied the bible a lot.