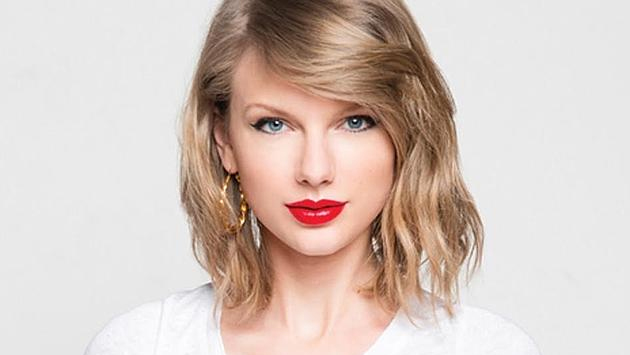 Taylor Swift was born in December 1989 in Reading, Pennsylvania.  She grew up on a christmas tree farm, surrounded by horses, and learned to ride at an early age, winning prizes in equestrian competitions. It was not long, however, because her musical talents began to emerge. At 11, Taylor won a talent show with her performance of LeAnn Rimes’ ‘Big Deal’ and at 12, after a computer repairman taught Taylor 3 chords on the guitar she wrote her first song, ‘Lucky You.’ Taylor’s parents supported her talent and, when she was 13, the whole family moved to Nashville, Tennessee. At just 14, she became the youngest songwriter ever to be signed to independent label Big Machine.

In 2006, aged just 16, Taylor released her debut album, ‘Taylor Swift’, which would go on to top the Top Country Albums chart for 24 consecutive weeks and go platinum five times over. Her second album, ‘Fearless’ saw Taylor achieve cross-over hits with ‘Love Story’ and ‘You Belong With Me’- helped, no doubt, by her use of My Space to promote her music, which was unheard of in country music at the time. By 2009, Taylor had more digitial downloads than any other country artist in history. Since then, Taylor has gone on to release three more studio albums, ‘Speak Now’ (2010), ‘Red’ (2012) and ‘1989’ (2014).

Taylor has also appeared on screen; in 2009 she played a rebellious teen in CSI, and in 2010 she appeared in the movie ‘Valentine’s Day.’ After an appearance in the sitcom ‘New Girl’ in 2013, she acted in the film adaptation of the classic book ‘The Giver’ alongside Meryl Streep in 2014. She was the first ever SNL host to write her own monologue, which made fun of some of her ex-boyfriends. Her acting efforts have garnered her two Golden Globe nominations.

The release of ‘1989’ in 2014 saw Taylor make a departure from country music with a more classically pop album. 1989 made its debut at #1 in the Billboard 200, and sold a staggering 1.287 million copies in the first week alone. It became the best selling album of 2014, and has so far netted Swift three #1 singles, ‘Shake It Off’, ‘Blank Space’ and ‘Bad Blood’, the video for which was recently nominated for a VMA and features a slew of Taylor’s celebrity friends, including Cara Delevigne, Selena Gomez and Cindy Crawford.

A spokesperson for Diet Coke and Keds’ sneakers, Taylor has also created four fragrances for Elizabeth Arden, the most recent of which, ‘Incredible Things’ was released in 2014.

Leggy Taylor stands tall at 5ft 11in (180cm). She weighs around 119lbs (54kg) and wears a US size 2. Her slim frame has measurements of 34-24-33. Her shoe size is US 8.5, and her bust size is 32B. Her hair is naturally blonde and curly. Taylor maintains her model-like figure with a refreshingly low-key approach, crediting her slim frame to lots of cardio on the treadmill. Her early style reflected her country roots, and she would often don a sundress with embellished cowboy boots on stage. Since then, her style has evolved to reflect the influences of her style icons, who include Audrey Hepburn and Jane Birkin, and she often rocks winged eyeliner and a red lip in homage to vintage style.

Taylor has won a huge number of awards to date, including 7 Grammies, 11 American Music Awards, 11 Country Music Awards, 8 Academy of Country Music Awards and 22 Billboard Music Awards. She appeared in Time Magazine’s 2015 100 list in the ‘Icons’ section, and the same year Forbes Magazine named her as one of the 100 Most Powerful Women. She has sold an estimated 40 million albums worldwide (27.1 million in the U.S. alone) and around 130 million single downloads. In 2015, Forbes stated Taylor’s net worth is around $200 million.

Taylor has been romantically linked to various celebrities, most notably Joe Jonas, who she dated from July to October 2008, Taylor Lautner, who she dated October to December 2009, John Mayer, who she dated from 2009 to 2010, Jake Gyllenhaal, who she stepped out with from October to December 2010, Conor Kennedy, who she was an item with the summer of 2012, and One Direction singer Harry Styles, who she dated from October 2012 to January 2013. After a break from dating, which Taylor has said was in part the result of the intense media scrutiny surrounding her romantic life, Taylor started dating DJ Calvin Harris in March 2015. Forbes Magazine has named them the highest paid celebrity couple with combined earnings of around $146 million.