Is it just me or did Solange Knowles’s wedding look like an off the wall scene from an old Quentin Tarantino film? In attendance were all of her closest friends and family, including her elevator-stricken brother-in-law, Jay-Z, and her superstar sister, Beyonce, as she wed video director Alan Ferguson. 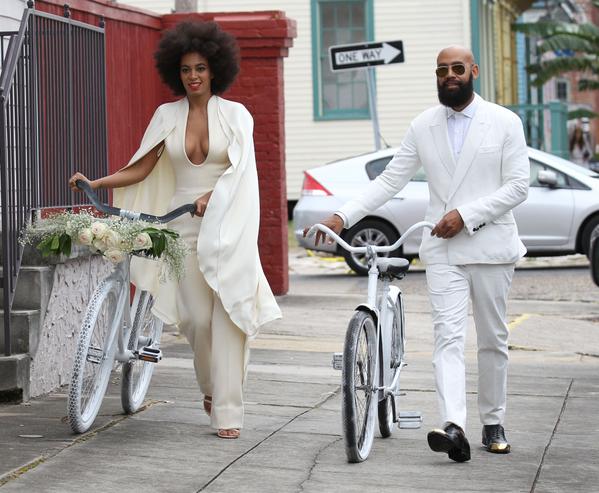 Knowles wore a white Humberto Leon for Kenzo floor-length gown with an attached cape, while her sister wore a sexy fitted knee-length dress. Vogue magazine captured the entire event, which took place Sunday, November 16 in New Orleans, where the Knowles family roots stem from.  None of the bridal party had coordinating bridesmaids dresses but all wore white. Before the ceremony Solange and her fiancé rode white bikes through New Orleans as she wore a white Stephanie Roland jumpsuit. Upon arriving at the Holy Trinity Church in the Baywater area, she changed into her gown. Albeit a little “different” the ceremony was said to have been very beautiful and befitting of her personality.  Congrats to Solange on her marriage! 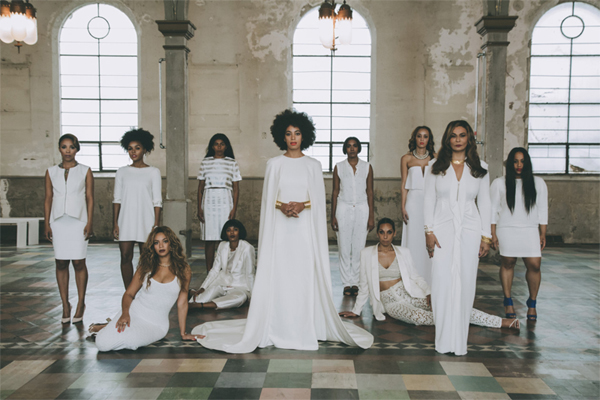