Lady Gaga has always made a splash with her looks, but like a lot of celebrities, she’s never admitted to getting any plastic surgery. In fact, whenever asked about cosmetic procedures, she’s flatly denied getting any work done. Whether the “Born This Way” star is afraid that admitting to surgery will disappoint her fans, she just doesn’t want people to know what she’s gotten done, or she really hasn’t had any work done at all, Lady Gaga is definitely not admitting to rhinoplasty (nose job) surgery. 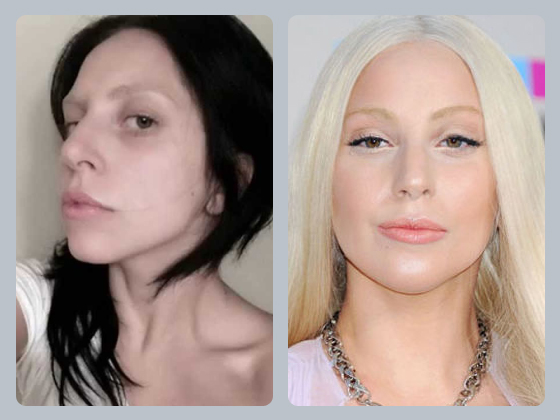 lady gaga nose before after

Upholding her reputation for supporting acceptance, Gaga has been quoted saying, “I have never had plastic surgery, and there are many pop singers who have. I think that promoting insecurity in the form of plastic surgery is infinitely more harmful than an artistic expression related to body modification.” Sounds like Our Lady of Meat Suits has really put her foot down, doesn’t it? So why do some people have such a hard time believing her?

The Evidence for Rhinoplasty

If you look at pictures of Lady Gaga from a few years ago, you’ll see that her nose is far more pronounced. The tip is wider, and so are her nostrils. Overall, her nose is a very prominent on her face, and while it isn’t the largest nose in the world, it’s definitely not small and slender. In other words, it’s not the kind of nose that most people would call “cute”.

Now, look at some of the most recent pictures taken of everyone’s favorite outlandish pop star. Her nostrils are noticeably more slender than they were before, and the tip of her nose is smaller and more pert. Plus, where there was once a more pronounced bump at the bridge, her nose looks more streamlined now. The overall effect is a slim and slender, feminine nose that works very well with her face.

As added evidence, you might also want to take a look at her chin in years past versus today, as well. A lot of people who get rhinoplasty surgery also get a chin implant or reshaping to balance out the look of their new nose on their face. Gaga’s chin is looking a bit more pointed and subtle than it did in years past, as well.

Now, we all know that recovering from plastic surgery does take time, and it can be difficult to hide a bandaged nose. However, because people are so used to seeing Gaga in leather masks covering her entire face or with prosthetic horns at her cheekbones and forehead, she’s had all kinds of opportunities to literally mask her recovery right before her fans’ eyes.

So, did Lady Gaga actually get a nose job? Honestly, the truth is between her and her plastic surgeon, but the evidence that we see before us says that the pop star is definitely sporting a modified nose with a more feminine and streamlined look.