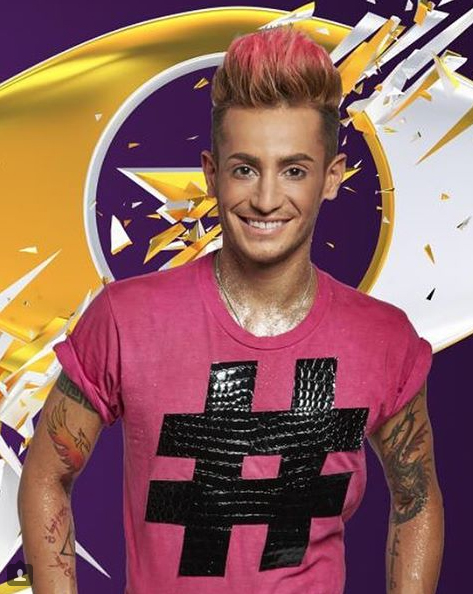 Frankie Grande is well known as the half-brother of Ariana Grande and works as a dancer, musical theatre actor and singer, producer, TV host and YouTube personality. Frankie has been in a number of television shows including Big Brother 16, American Music Award, 2015 Kids’ Choice Awards, Good Morning America, Randy Jackson Presents America’s Best Dance Crew, Worst.Post.Ever: With Frankie Grande, American Music Awards of 2015, Style Code Live and Celebrity Big Brother 18. He is also a Broadway performer, performing as Franz in the musical Rock of Ages (2014–2015) and in Mamma Mia! (2007–2010).

Dating History Boyfriend / Spouse:
Frankie Grande is rumored to have a Boyfriend name Dominic Crossey.
He is also rumored to be in a relationship with Tayte Hanson.

Color of Hair:
He like to dye his hair in blonde and other colors.

List of Facts / Trivia:
1. He graduated with triple-major in biology, theatre and dance from college.
2. Frankie spent his early years in Englewood, New Jersey and later moved with his mother to Boca Raton, Florida, at age 10.
3. Frankie Grande is openly gay.
4. The shows that he produced on and off Broadway include Hamlet (2009) starring Jude Law, La Bête (2010–11) starring David Hyde Pierce, and Born Yesterday (2011) starring Jim Belushi.
5. In an episode of U.K.’s Celebrity Big Brother, 2016, Grande took off all his clothes in front of his fellow housemates.