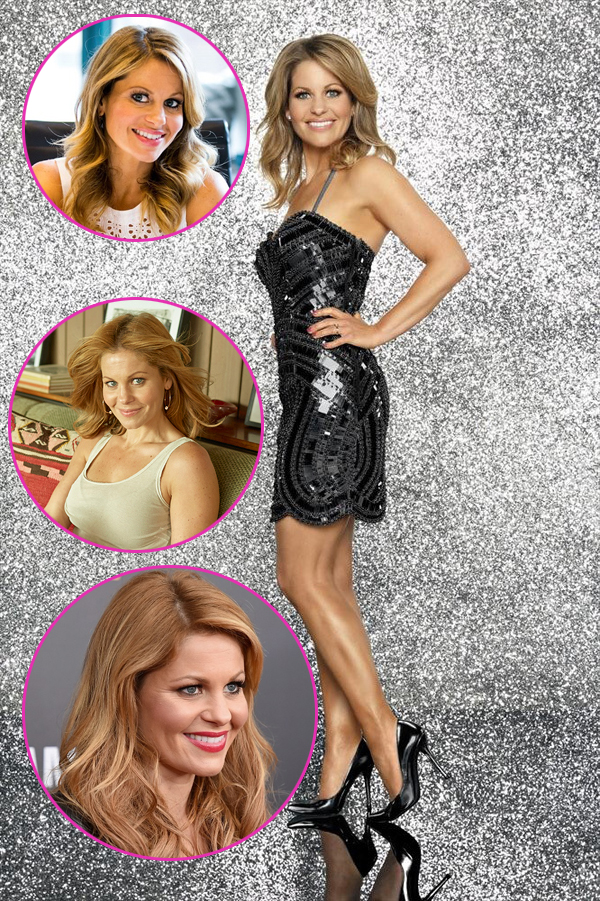 Candace Cameron is a native of Panorama City, Los Angeles, California. She was born on April 6, 1976 and is the youngest of four children. Her start in the entertainment business was mostly appearing in television commercials, but it was not long before she started gust staring is shows such as St. Elsewhere, Growing Pains, and Who’s the Boss? Bure is well known for her consistent role was in the sitcom Full House, as Donna Jo “D.J.” Tanner. It ended in 1995.

Physical Distinctive Features:
She has a big beautiful smile and well toned body. It’s obvious that she works out a lot.

Style, makeup, Dress and hair style:
You can look to Candace’s sweaters, pants, skirts, dresses, jackets, scarves, jewelry and bag, to get a complete sense of her taste in style and fashion.

Well Known For:
She played the role of Donna Jo Tanner in Full House

List of 10 Facts / Trivia:
1. Candace is best known for her role as Donna Jo “D.J.” Tanner in ABC’s sitcom Full House from 1987 to 1995.
2. She was a contestant on Dancing with the Stars in 2014 and finished in third place.
3. Candace began her acting career by appearing in a number of television commercials.
4. She has hosted the Nickelodeon Kids’ Choice Awards twice; once in 1990 and again in 1994. She was the first person to host the awards twice, followed by Whitney Houston, Rosie O’Donnell and Jack Black).
5. She guest starred on the shows Cybill and Boy Meets World after Full House ended in 1995.
6. Candace took a hiatus from television and film appearances after the birth of her children.
7. She has written three books: Reshaping It All: Motivation for Physical and Spiritual Fitness, Balancing It All: My Story of Juggling Priorities and Purpose, and Dancing Through Life: Steps of Courage and Conviction.
8. Candace has three children: Natasha, Lev and Maksim.
9. She became a Christian in her 20s and states that her faith was the binding force that has kept her and her husband together.
10. Her brother is Kirk Thomas Cameron who starred as Mike Seaver on the ABC sitcom Growing Pains.