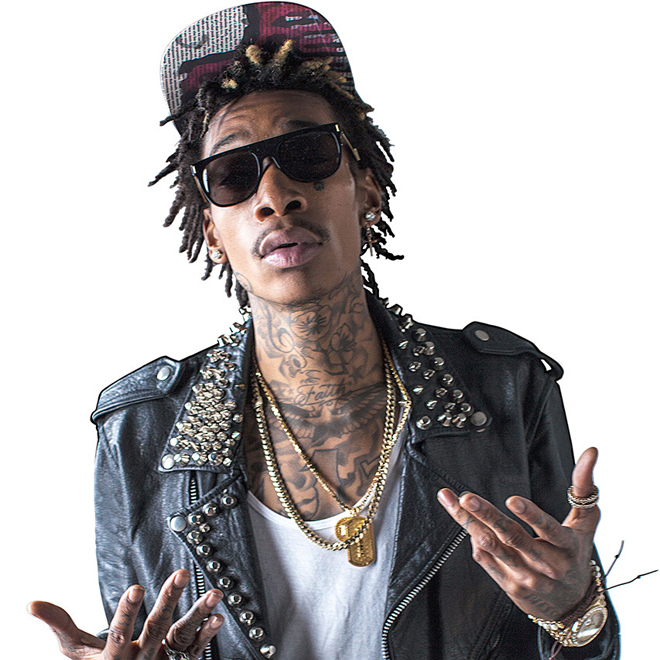 Body
He is tall and slim

Weight
He weighs about 180 lbs

Shoe Size
It would seem like he wears about a size 11 shoe.

First Album
Prince of the City: Welcome to Pistolvania 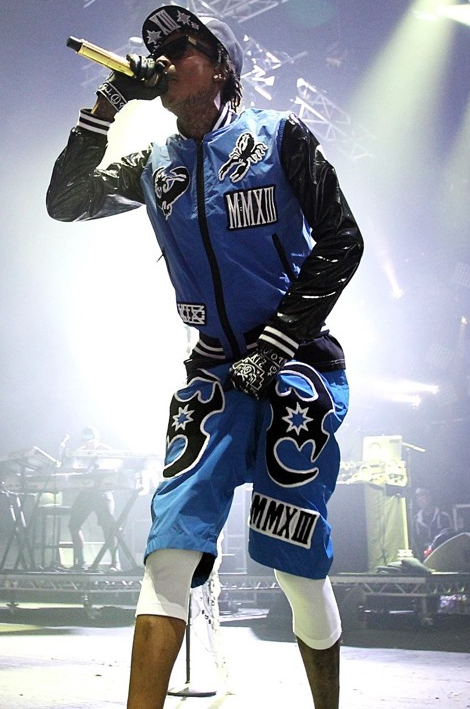 Cameron Jibril Thomaz, better known as rapper Wiz Khalifa, was born in September 1987 in Minot, North Dakota. Both his parents were serving in the US military at the time of his birth, and their jobs meant that as a child, Wiz moved frequently, living in Germany, the UK and Japan before settling in Pittsburgh, Pennsylvania, where he attended high school. Wiz’s parents divorced when he was around three years old. The moniker ‘Wiz’ comes from a shortened version of ‘wisdom’, which stuck with the star as a young boy: he explained that he earned the nickname partly for ‘being good at everything I did’ (a whizz). ‘Khalifa’ comes from an Arabic word meaning ‘successor.’ Wiz’s grandfather is Muslim, and Wiz explains that he was given the name Khalifa because his grandfather believed ‘that is what I was doing with my music.’ On his 17th birthday, Wiz got a tattoo of his stage name.

As a 16 year old, Wiz contributed to a mixtape of up and coming Pittsburgh artists. His work caught the attention of Rostrum Records president Benjy Grinberg, who recognised that although Wiz was ‘a diamond in the rough’ he had enormous potential. The young rapper was signed in 2004 and began a process of artist development which would span the next seven years. In 2005, Wiz released his first mixtape, ‘Welcome to Pistolvania’, and the following year, his debut album, ‘Show and Prove’ was released. That year, Rolling Stone Magazine declared Wiz an ‘artist to watch.’ 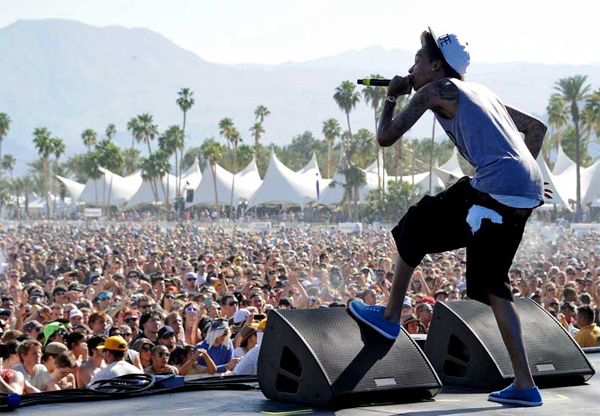 In 2007,Wiz signed to Warner Bros. Records. His debut single for the label, ‘Say Yeah’ got to #25 on the Billboard Rhythmic Top 40; it also reached #20 on Billboard’s Hot Rap tracks. During his time with Warner Bros., Wiz released several mixtapes with Rostrum Records, including ‘Grow School’ and ‘Flight Season.’ However, the relationship with Warner Bros. was not destined to be a lasting one; in July 2009, Wiz left Warner Bros. after delays in releasing his debut album for the label, ‘First Flight.’

Wiz continued his partnership with Rostrum Records, and, in 2009, released the album ‘Deal or No Deal’. In 2010, he released a mixtape, ‘Kush and Orange Juice’ for free download. That year he signed with Atlantic Records, and released what would become a smash hit single, ‘Black and Yellow’ (the title refers to the colors of Pittsburgh); the song reached #1 on the Billboard Hot 100 and brought him greater mainstream recognition. In March 2011, Wiz released his album, ‘Rolling Papers.’ The following year saw the release of the album ‘O.N.I.F.C.’ which spawned the singles ‘Work Hard, Play Hard’, which went platinum, and ‘Remember You.’ The album sold 131,000 copies in its first week of release.

In 2014, Wiz released his fourth album , ‘Blacc Hollywood’, which features collaborations with Juicy J and Miley Cyrus, with the lead single ‘We Dem Boyz.’ In May, Wiz tweeted that he was ready to release a new mixtape, ‘28 grams’; however, after an arrest for marijuana possession, there were concerns as to whether the release would go ahead on schedule. In the end, Wiz was released from custody after only a few hours, so the mixtape was released as planned.

In 2015, Wiz released an EP with Ty Dolla $ign called ‘Talk About It In The Morning.’ That same month of March, he also released the track ‘See You Again’, a tribute to the late actor Paul Walker, who died during the filming of the seventh installment of the ‘Fast & Furious’ movie franchise. The track became the fastest selling single of 2015 in the UK with combined sales of 193,000 copies. It is Wiz’s second UK chart-topping song, after he reached the #1 with the Maroon 5 track ‘Payphone’ on which he appeared in 2012.

Wiz dated reality TV star Natalie Nunn from 2010 until 2011. After splitting with Natalie, Wiz began a relationship with American model Amber Rose. The couple got engaged in 2012 and married the following year. The pair have a son together, Sebastian Taylor Thomaz, who was born in February 2013. Sadly, tensions grew between the couple when he refused to allow her to accompany him on his ‘Under The Influence’ tour and both sides were accused of cheating. After just over a year of marriage, Amber Rose filed for divorce, allegedly after discovering Wiz with another woman at 2am. In December 2014, Wiz hit the headlines after apparently appearing in a sex tape with Playboy model Carla Howe. Despite the trials Wiz and Amber’s marriage has endured, there have been rumors that the pair will reconcile, with Amber describing Wiz as ‘the love of her life’, but as yet these rumors are unconfirmed.

Wiz is well known for his use of marijuana, and has spoken openly about the subject, stating that he spends $10,000 monthly on the drug. Since early 2014, Wiz has been sponsored by ‘The Cookie Factory’, a medical marijuana supplier. Wiz stands 6ft 4in (193cm) tall and is a slim 181 lbs (82 kg). He has several tattoos.