Khloe Kardashian Is Done With Lamar Odom: Will He Survive Without Drug Rehab?
CATEGORIES
FEATURED STORIES 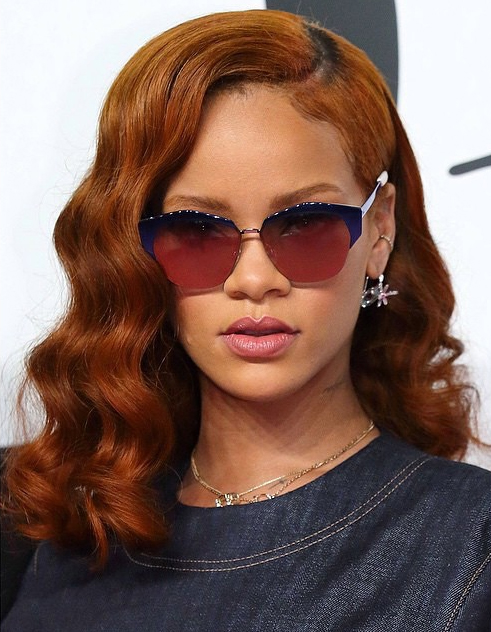 Place of Birth
The parish of Saint Michael, Barbados

Color of Hair
Rihanna has boast a variety of hair colors over the years, blond, red, light brown and is currently wearing black hair.
Colors of Eyes
Rihanna’s eye color is Green which would suggest a genetic mutation or she has European ancestry.

First Movie
Rihanna’s first movie, Bring It On: All or Nothing (2006)
Bodyguard
Favorite Things

Global superstar Rihanna was born Robyn Rihanna Fenty in February 1988 in Saint Michael, Barbados. The singer was a self-confessed tomboy growing up. She was an army cadet in a sub-military program which trained with the Barbados military and her mother banned her from wearing make-up. As she became a teenager, Rihanna began the transformation into the stylish star we know today, winning a school beauty pageant in 2004 and performing Mariah Carey’s ‘Hero’ at a school talent show. Rihanna was discovered by music producer Evan Rogers whilst he was on vacation in Barbados with his wife.

Soon after moving to New York at just 16, Rihanna found a mentor in Jay-Z. Her first single, Pon De Replay, entered the top five on the Billboard charts and she went on tour with Gwen Stefani. Rihanna got her first #1 single with ‘S.O.S’ and she hasn’t looked back since. Her collaboration with Jay-Z, ‘Umbrella’, garnered Rihanna her first Grammy. She is now cited as one of the best-selling digital artists of all time: in 2013, Spotify confirmed she was the most streamed artist, and she is currently the most popular person on Facebook and the sixth most followed person on Twitter.

Despite her huge success, Rihanna hasn’t forgotten her roots, acting as the official sponsor for the Barbados Tourism Agency and thanking her fans there with a free concert after a national holiday was declared in her honor. The star likes to support charities, and in 2006, Rihanna set up the Believe Foundation, which works to help terminally ill children.

Rihanna is 5ft 8in tall (173cm) and 133lbs, making her a slim size 4 (US), with measurements of 34-24-26. She wears a size 9 (US) shoe and her bust size is 32B. Rihanna hones her famous physique with the aid of personal trainer Harley Pasternak, who also works with Lady Gaga. On tour, the singer works out three days out of seven, for 25 minutes at a time. At home, she’ll workout five days out of seven and add an additional 30 minutes of cardio to her program. Rihanna likes to stay lean with a varied mix of cardio including treadmill running, jumping jacks and dance, but mixes up her workouts with resistance moves such as squats, push-ups and lunges, which keep that famous derriere in shape! Rihanna is said to follow Pasternak’s ‘5 factor diet’ which involves eating five small protein and vegetable based meals each day and limiting carbs. The hard work in the gym has certainly paid off for the star, who was awarded the title ‘Celebrity legs of a Goddess’ by Gillette’s Venus Breeze in 2007, prompting her to insure her perfect pins for $1 million. Rihanna has also been a spokesperson for Cover Girl make-up and high-end fashion house Gucci, and has launched two fragrances of her own, ‘Nude’ and ‘Rebelle.’

Rihanna made a cameo appearance in the 2006 cheerleading movie ‘Bring it on: all or nothing’ and in 2012 appeared with Liam Neeson in the film ‘Battleship.’ In 2009, Rihanna hit the headlines after being assaulted by then-boyfriend Chris Brown. After the two split up, she went on to date Dodgers baseball player Matt Kemp and Canadian rapper Drake. In 2013 she reunited with Chris Brown, to the horror of close friends such as Katy Perry, but the pair soon separated.

Rihanna recently collaborated with Kanye West and former Beatle Paul McCartney on the single ‘Four Five Seconds.’ She is currently worth an estimated $90 million.