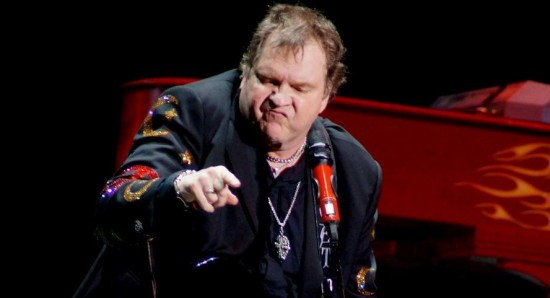 Meat Loaf is a born Texan who rose to fame after moving to Los Angeles to pursue his career in music and acting. He started out playing in local bans and appearing in musicals. He and Jim Steinman released a rock album called “Bat Out Of Hell” in 1977 and it was epic. They decided to make it a trilogy of albums, Bat Out of Hell, Bat Out of Hell II: Back into Hell, and Bat Out of Hell III: The Monster is Loose. This is what solidify Meat Loaf in the music industry as a true rock star. Even to this day a substantial number of this album is sold per year.

He stared his acting career with a role in the film The Rocky Horror Picture Show (1975). Meat Loaf is one of the best-selling music artists in history, selling more than 80 million records worldwide.

Physical Distinctive Features:
He had his own unique style and he had a large body size.

Style, makeup, Dress and hair style:
He wore his hairstyle long when he was younger. He likes to carry a red handkerchief while performing on stage.

List of Facts / Trivia:
1. Meat Loaf collapsed on stage Thursday June 16, 2016 while performing in Edmonton.
2. He received a Grammy Award for Best Solo Rock Vocal Performance for the song “I’d Do Anything for Love“.
3. With 13 albums released since 1971, he is well known all over the world.
4. His long acting career brought him roles in films such as The Moment in 2013 as Sgt. Goodman, Citizen Jane in 2009 as Detective Jack Morris and Rustin 2001 as Coach Trellingsby.
5. He is the co-owner of the production company Yellow Rose, Inc. with actor Brett Cullen.
6. Two of his biggest hit songs are “Two Out of Three Ain’t Bad” and “I’d Do Anything for Love”.
7. Meat loaf has two children, daughters Pearl Aday and Amanda Aday.