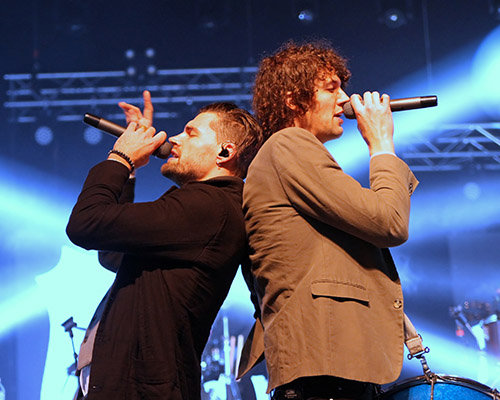 Luke Smallbone is a pop singer and brother to Rebecca St. James, who is a Singer-songwriter. He is a member of the Christian pop duo For King & Country, performing with his brother Joel.

Luke got married to Courtney Smallbone in 2010.

He has large curly hairstyle

First TV Show or Movie:
He was the lead actor in the 2016 drama Priceless.

1. He has a son name Jude James Smallbone.
2. His siblings are Joel Smallbone, Rebecca St. James, Ben Smallbone, Libby Smallbone, Daniel Smallbone, and Josh Smallbone.
3. Luke was struck with an illness that nearly ended his career and life.
4. He has been performing since 2007 and released two studio albums, Crave Released: 28 February 2012 and Run Wild. Live Free. Love Strong released 16 September 2014.