In the world of celebrities and their weight loss, no one has been more vocal or public about the struggles of maintaining her body than Oprah Winfrey. Over the years, Oprah has lost weight with fad diets, only to regain it after transitioning back to a typical diet. She has also struggled with overeating due to emotions, anxiety, and depression, something that many people have experienced. 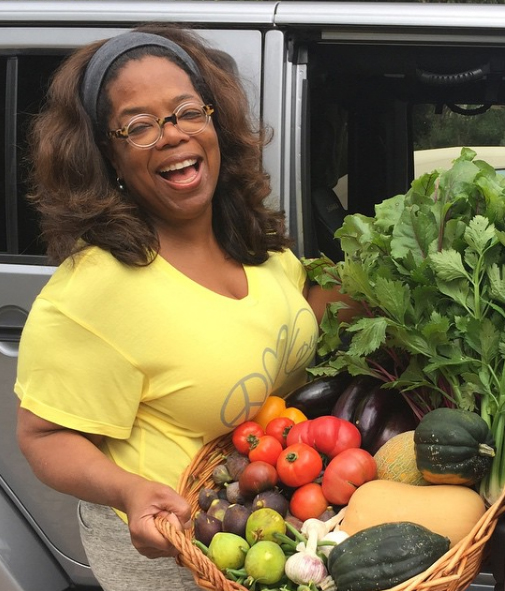 Recently, Oprah has reached a level of stable weight loss, something she accomplished in part thanks to a “contract” she put on her website, holding her accountable to millions for her diet and exercise routine. Her personal trainer is Bob Greene, who helped Oprah lose the weight for good with a few no-nonsense lifestyle changes.

For fuel, Oprah Winfrey depends on portion control and cutting out a few key things from her diet. She doesn’t eat anything white: no refined flour, no potatoes, no sugar. White ingredients are usually overly processed, and the regular, whole-grain version or the unrefined version offer many more nutrients. She also doesn’t drink alcohol, and doesn’t eat after dinner at all. In fact, Bob Greene is adamant about this lifestyle change, saying that almost no one eats after dinner because they are truly hunger. That is the biggest time when emotional overeating happens.

Her diet mostly consists of organic, whole foods, with a focus on lean protein and vegetables. She loves steamed salmon, and drinks as much water as she can. Through these basic diet changes, she’s able to control what goes in without cutting out large groups of food – for a self-proclaimed “carb lover”, this is very important.

Oprah’s exercise routine is built around strength training, cardio, and Pilates. Six mornings a week, she does a 45-minute aerobic routine that includes the treadmill, the elliptical, and rowing or stair-steps. She also does a nightly routine five times a week that includes 20 minutes of the same exercises. Once a week, she does a 75-minute run instead of her usual routine. 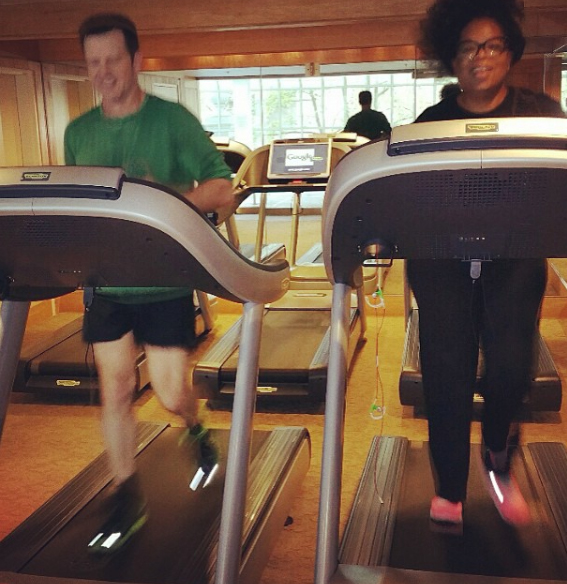 For strength training, she does a 40-minute routine, five times a week, that includes a huge variety of body weight exercises. Everything from squats, leg extensions, leg curls, chest presses, pull-downs, rows, shoulder presses, crunches, and back extensions are included. She’s also careful to do a lot of post-workout stretching, especially on her legs.

By combining this daily routine with Pilates, Oprah Winfrey is able to target every part of her body in a slightly different way each day. This keeps her routine from growing boring, and has resulted in the long-term weight loss she’s now been able to maintain. Throughout it all, it was the accountability to her fans, friends, and family that really helped. Oprah’s weight loss routine is very straightforward, and is great for those who simply can’t drop all carbs like many other celebrity diets require. By choosing healthier carbs, finding the accountability that works, and remaining dedicated to a rotating exercise plan, Oprah’s diet and exercise have finally resulted in the confident and healthy body she’s been after for so long.