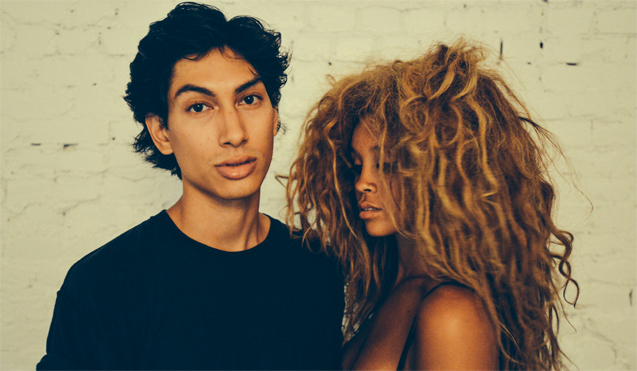 Lion Babe are a neo-Soul group made up of singer Jillian Hervey, the daughter of singer and former Miss America Vanessa Williams, and producer and musician Lucas Goodman. Jillian initially wanted to become a dancer, and studied at the New School in New York City. Lucas began producing music in his dorm room at Northeastern University before moving back to New York to take up an internship at Truth & Soul Records. It was in New York that the pair were introduced by friends at a party. After the party they followed each other on My Space but fell out of contact until Jillian contacted Lucas to ask him to help her prepare some original music for a dance piece she was producing for college. Jillian expressed an interest in singing and Lucas encouraged her to try a soul-influenced style.

Now a band, Lion Babe released the single ‘Treat Me Like Fire’ in December 2012 and the following March, rapper Childish Gambino (Donald Glover) asked the pair to open for him. This led to Lion Babe getting a record deal with Interscope in the US and Polydor in the UK. The pair have kept in contact with Glover, who appeared on their single ‘Jump Hi’, the lead from their self-titled debut EP which was released in December 2014. The debut album is due for release this year. The song ‘Wonder Woman’, released in May 2015,which was produced by Pharrell Williams, peaked at #1 on the interactive Billboard chart, Billboard Twitter Emerging Artists.