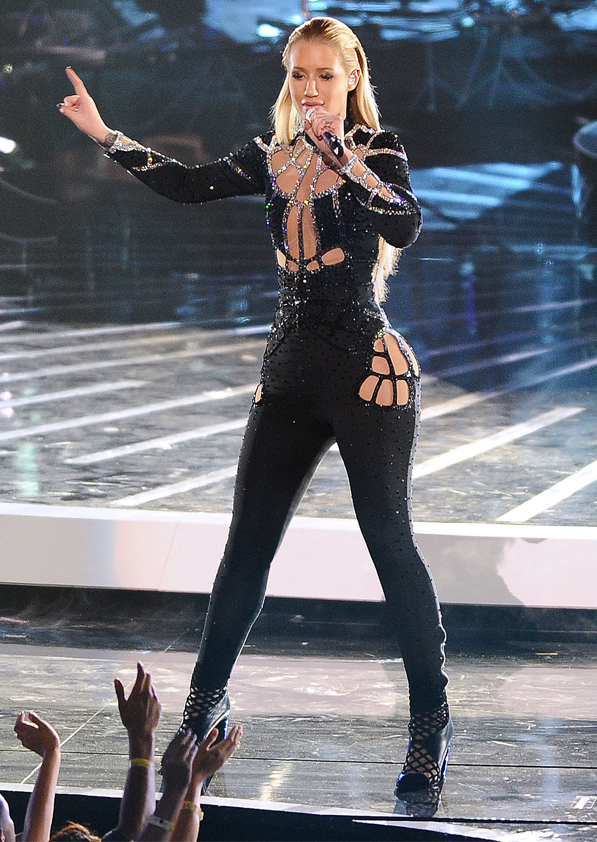 Job – Occupation
She is a Rapper, Songwriter and a Model

Weight
Azalea is about 132 lbs

Physical Distinctive Features
she ha a Tattoo of Roman Goddess Venuson her right hand. She also has tattoos on her fingers. 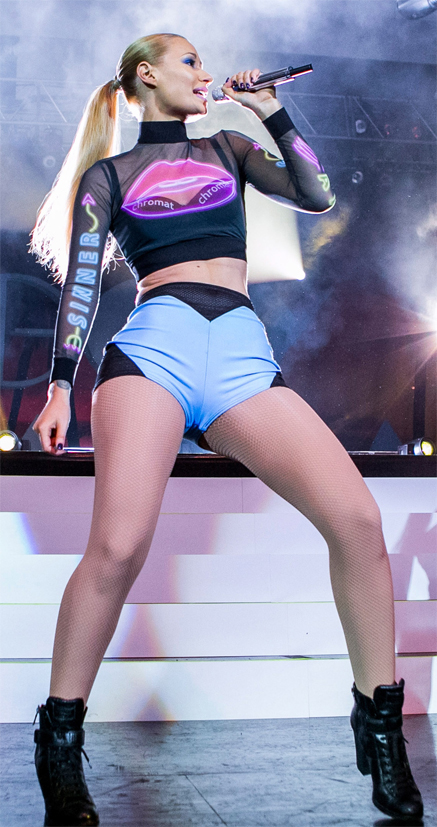 First TV Show or Movie
Azelea appeared in The Fast and the Furious released in 2015.

Favorite Things
Her dog / puppy
Favorite movie is “Grease”
Did you know she is a basket ball fan? Her favorite team is the LA Lakers
When she is ready to get her beauty on she chooses M.A.C. lipstick for make up.
Oh yes and shoes, she prefers Christian Louboutin.
Her fashion is influenced by the most stylish Gwen Stefani.
She is a rapper right? Who is her favorite rapper … Tupac.
Her guilty pleasure is cupcakes

List of Facts
1. Iggy Azalea love for rap and hip hop music was the driving force behind her moving to the United States to pursue her dreams.
2. “Two Times” is one of the first singles that she released that gave her name recognition. Of course signing with T.I.’s Grand Hustle record company in 2012 did not hurt either.
3. I 2014 Azalea released the debut studio album, “The New Classic” which drew a mixture of opinions.
4. Whether you love or hate her style of rap, she be the first to tell you that she is the fourth solo female rapper ever to top the Hot 100.
5. She coordinated with Ariana Grande’s on the single “Problem” which was a big hit. This helped to boost Iggy’s name worldwide. Guess who was at number one? “Fancy”, this single placed her in the record books behind The Beatles having their first two songs number one and two on hot 100.
6. She music have gotten some of her artistic skills from her father, Brendan Kelly who was a painter and comic artist. Her mother’s name is Tanya Tanya Kelly who came from humble beginnings working as helper cleaning houses and hotels.
7. She did not like going to school, other students would tease and bully her.
8. She loved hip hop from an early age and even formed a group from which she went solo because the others were not enthusiastic enough.
9. Purple is her color of choice. “I love purple because my name is Amethyst.”
10. The tattoos on her finger is in honor of her ex boyfriend A$AP Rocky. Of course she has removed or altered those since they are not together anymore.