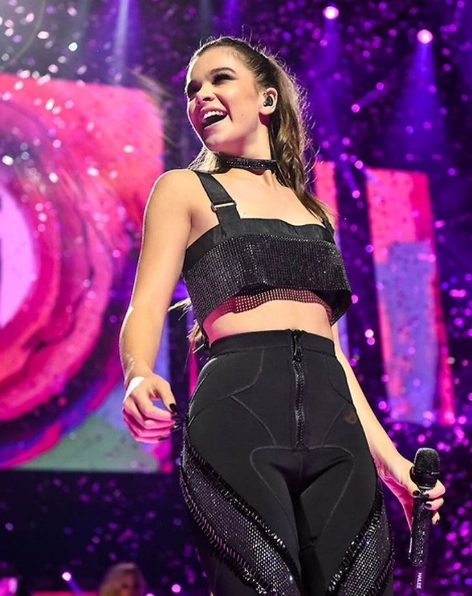 Hailee Steinfeld is an American actress who was born in Tarzana, California, on December 11, 1996. She started acting at an early age and gained experience by playing roles in a few short films. Her popularity began to grow when she played her first major role in the featured movie, True Grit (2010) as Mattie Ross. She acted alongside stars such as Jeff Bridges, Josh Brolin, and Matt Damon.

Nicknames:
Her nickname Haiz was also the title of her first EP.

Educational Background:
She attended Ascension Lutheran School, Conejo Elementary and Colina Middle School. She was homeschooled from 2008 until she graduated high school in June 2015.

Religious Belief:
Her Father is Jewish but her religion is unknown. 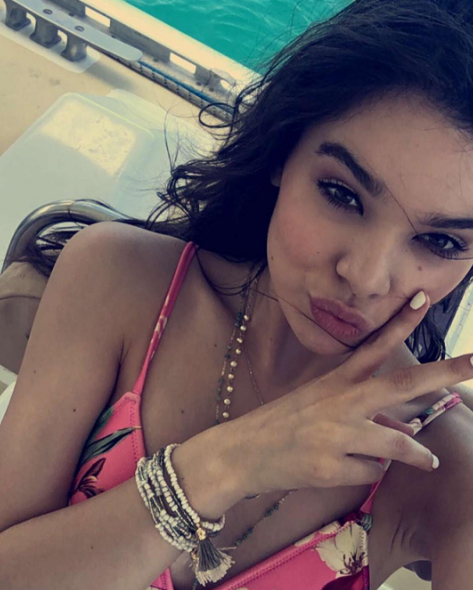 List of 10 Facts / Trivia:
1. As well as being a successful actress, Hailee sang in the film Pitch Perfect 2 and went on to release a single album and music video titled “Love Myself” in August 2015 which went platinum, as well as the EP “Haiz” in November 2015.
2. She has done modeling work for the Italian fashion brand Miu Miu.
3. Hailee was actually homeschooled for the later years of her education before graduating in June 2015.
4. She began acting at the young age of 8 when she appeared in several short films, including the award winning She’s a Fox in which she played Talia Alden.
5. Steinfeld became well known when she was chosen out of 15,000 other young actresses to play Mattie Ross in True Grit when she was only 13, a performance for which she received very positive reviews.
6. She played Juliet Capulet in the 2013 Shakespeare-adaptation film Romeo and Juliet. Since the role was originally for a 20 year old, the script was rewritten after her casting to make it appropriate for a 14 year old actress.
7. The song “Love Myself” seems as if it is about masturbation – it includes the lyrics “I’m gonna touch the pain away/I know how to scream my own name”. She has stated that the song is “ultimately about taking care of yourself and indulging yourself, whether that be emotionally physically” which seems to confirm that this is the subject of the song.
8. Hailee has released two more singles: “Rock Bottom” came out on February 27 featuring the American funk pop band DNCE, and “Starving” came out on July 15, 2016 featuring Zedd.
9. She was inspired to try acting by her cousin True O’Brien when she appeared in a television commercial.
10. Hailee has an older brother named Griffin.