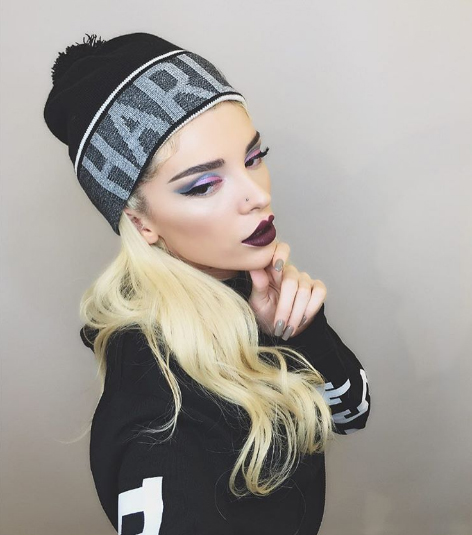 Era Istrefi or Era as she is sometimes called, is an Albanian Kosovar singer and songwriter. She was born on 4 July 1994 and she sings in her native language. Era has been riding high on her newly released single, Bonbon. She has a very similar sound to Sia and Rihanna. Her debut single, “Mani për money” (2013) is what really got her true recognition in Kosovar. Since then she has released a number of singles including Njo si ti, Shume pis and Mani Per Money, which are viewed millions of times on YouTube.

List of Facts / Trivia:
1. Her father was a film maker and mother a famous singer.
2. Many see her as following in the footsteps of her sister, Nora Istrefi, who is a very popular singer in their country.
3. She was influenced by and is a great lover of Bob Marley music.
4. Her single “Mani për money”, is a reggae-pop song and she performed it on national television in 2013.
5. Era Istrefi is on a mission to take her music international, by signing to American labels Sony Music Entertainment and Ultra Music.