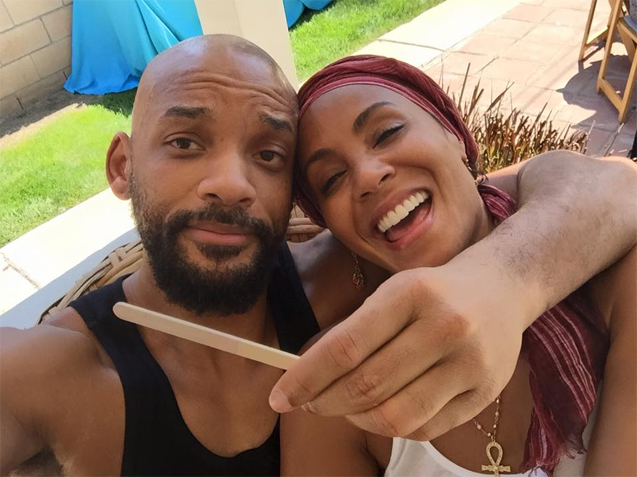 They say that everything comes in 3’s in Hollywood. This usually pertains to the deaths of celebrities. Of course a divorce is the death of a marriage, and it seems in Hollywood that most celebrities that do get married are dying to get out of their marriage.  It makes you wonder if they only married for publicity of if the couple started off in love but their mutual careers just go in the way. The latter thought is believable because this happens in the average married couple’s life every day and not just in Hollywood.  Then there is the possibility that two celebrities meet on the set and hook up off the set and then decide to get married so they could be good role models.

This week in the Entertainment capital there were three divorces; or at least two that have been verified:

The first “divorce” is more of a rumor. It was between Will “Fresh Prince of Bel-Aire” Smith and his wife, Jada Pinkett Smith. Will Smith later claimed this was a rumor and also added that he would never leave his queen. Jada also tweeted a few hours later saying her king has spoken. 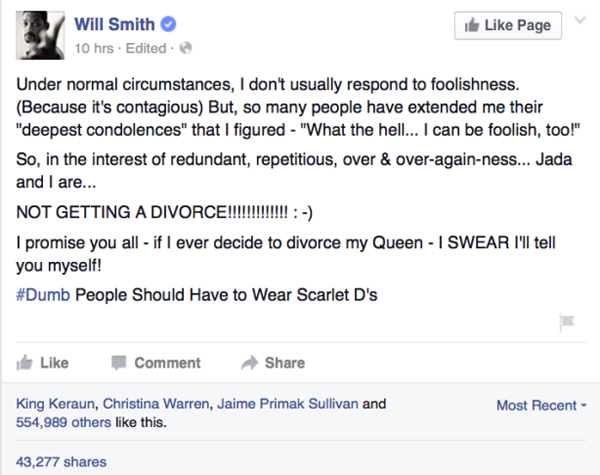 The biggest divorce that was verified was between Gavin Rossdale, lead singer of 1990’s alternative rock band Bush, and Gwen Stefani who was the lead singer of No Doubt back in the mid to late ‘90’s. The two were married thirteen years and had three boys. Both stated that they really wanted to be together but just couldn’t make it work. 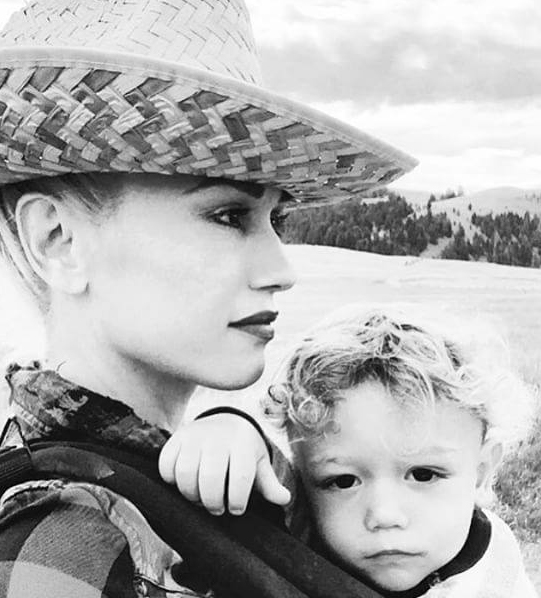 Perhaps the biggest divorce, according to the Facebook page of Kermit the Frog, was between the famous frog and his bride, Ms. Piggy. Kermit apparently thought Ms. Piggy was a bad influence on the kids because she couldn’t count to 100 (actually this was because she always got a frog caught in her throat at 69).  According to one Facebook meme, Piggy was jealous because her frog was always drinking tea on Facebook and never made any time to slam the ham anymore. 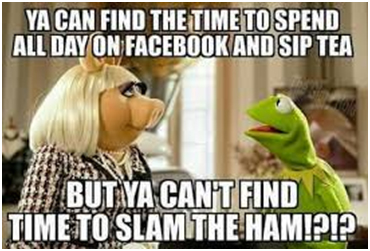 Kermit said on his Facebook page that the famous Muppet couple would remain friends but would see other pigs, frogs, and people. The relationship has officially croaked. Kermit is planning on moving to Colorado where he plans to work on a spinoff to Sesame Street with Big Bird. The new show will be called Sensamilia Street.  Look it up on YouTube.

When you look at the sad statistics of marriage in the United States (it’s even higher in Hollywood which is a world of its own), you wonder if anyone ever really married for love or because they just don’t want to be alone. Of course in Hollywood, marriages are generally more for publicity than anything.  Three divorces in one day, well actually two; almost makes you wonder if someone offered them money to get a divorce and cashing in on the advertising in the media.  It is actually the same scenario in Washington D.C., which these days is the new Entertainment capital of the U.S.