Khloe Kardashian Is Done With Lamar Odom: Will He Survive Without Drug Rehab?
CATEGORIES
FEATURED STORIES

Christian Bale Net Worth is $80 million at the end of 2015.
His Source of Wealth: Hollywood Acting Career. 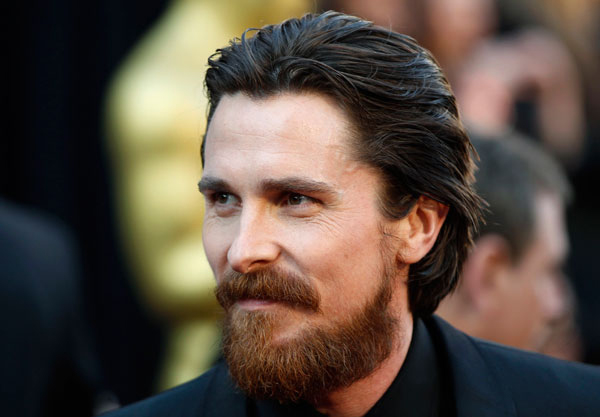 Christian Bale is one of Hollywood’s great earners and he has amass a great deal of wealth. What is his net worth? Let’s take a look.

Christian Bale is a notable and famous actor who began his career at the age of 8 years old, playing the role of a young boy in a cereal commercial. Within four years he had already caught the eye of the infamous Steven Spielberg and landed a role in “Empire of the Sun”. He won the prestigious award of Best Performance by a Juvenile Actor by the Board of Review for his part in the film.

He made appearances, both large and small, throughout the 1990’s in film and television all the while struggling to avoid being too noticed or exposed much to tabloid scrutiny. It wasn’t until 2000 when he really got his first big break by portraying the lead character in “American Psycho”. This led to notoriety in Entertainment Weekly and the like with a variety of hand-picked celebrity statuses updated to the then newly formed internet.

Throughout the new millennium and early 2000’s he was in a few films which never made it very far in the box office, but continued to receive enough notice to land him the largest role of his life- The Batman movies.

It all began with “Batman Begins” which grossed over $206 million at the box office and gave Bale a hefty $9 million personally. He did a variety of lower budget films which pale in comparison to his otherwise success in the Batman films and gave him little to no fame.
The success of “The Dark Knight” in the box office gave him his all-time highest paying role of $10 million with an added $20 million bonus. However, the majority of the fame and popularity of this movie came from Heath Ledger, an actor who tragically and suddenly passed away, while filming the movie in 2008.

Bale continued on to win an Oscar in 2011 for his role in “The Fighter” as Best Supporting Actor. He grossed $4 million for this part, one of the lowest amounts he ever received, but was given the most prestigious award of his career for it.
His final role as Batman came to be in 2012 in “The Dark Knight Rises”, where he earned $15 million, but that didn’t mean he was done acting.
He went on to star in “Exodus: Gods & Kings” , “American Hustle”, and “Out of the Furnace” in 2012 – 13 grossing a combined $45 million between the three films.

Overall, Bale is considered to have a total net worth of $80 million. While he is not one of the absolute highest paying actors of all time, he does run in close comparison to the likes of Tom Cruise, Denzel Washington and Leonardo DiCaprio. Fans are greatly anticipating more from Bale in years to come. He has some interesting and intriguing films in the works for 2016 thru 2017 such as “Jungle Book: Origins” and “The Promise”.