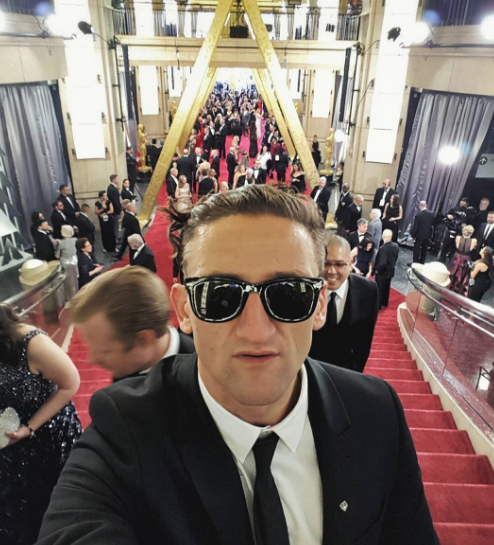 Casey Neistat was born on March 25, 1981 in New London, Connecticut. Before all the popularity online, Neistat worked doing a number of small jobs like dishwasher at a restaurant and a short order cook in Connecticut. He would later move to New York after finding himself on welfare with a son to take care of. Neistat and his brother Van got the opportunity to work with artist Tom Sachs, making films about the artist’s sculptures and installations.

Neistat has build a name for himself making short films and commercials. He has done work HBO and commercials for Nike, Inc, Google, J.Crew, and Mercedes-Benz. In 2016 got heavily involved with making Internet videos for his YouTube channel, caseyneistat. Since he started vblogging seriously in 2015, his account now has more that 3.3 million subscribers from 837 videos posted. He covers a variety of topics, from “SNOWBOARDING WITH THE NYPD” to “the surprise in South Africa by Casey Neistat”.

Net Worth:
Casey Neistat net worth is estimated at 2.5 million as of 2016.

Girlfriend / Spouse:
Casey Neistat has been married to Candice Pool since 2013. They have one child togther, Francine Neistat.
His ex-girlfriend, Robin Harris had his son, Owen Neistat.

Physical Distinctive Features:
He wears his hairstyle long and he also have tattoos on his body.

Style, makeup, Dress and hair style:
He dresses up in different clothing depending on the occasion. In 2015 he has a custom leather jacket made in New Your City.

List of Facts / Trivia:
1. He is well known for 3×3 (2011), The Light Bulb Conspiracy (2010) and Go Get Some Rosemary (2009).
2. He customize his sunglasses to give them a unique look with white outlines.
3. Casey also co-founded the company that made an app called Beme.
4. Life was not also great for Casey Casey Neistat, he dropped out of high school when he was still a teen, became a father and founf himself on welfare.
5. He produced an HBO film with his brother, Van Neistat, called The Neistat Brothers.
6. Casey Neistat studio or office address is located in New York.
7. He is a skateboarder who rides his skateboard in many of his videos.
8.