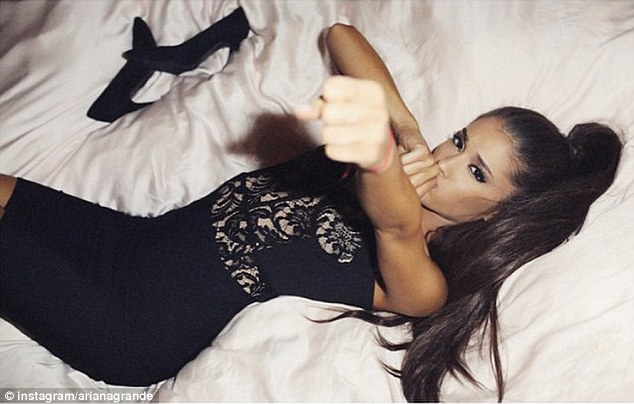 Place of Birth
She was born in Boca Raton, Florida, USA 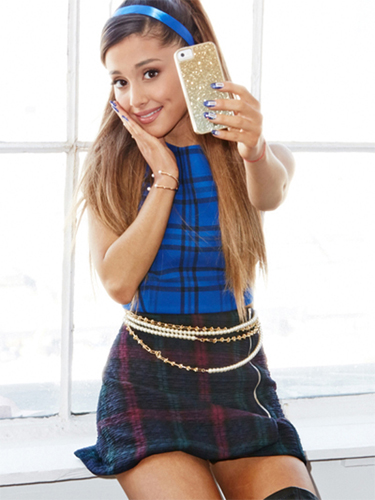 First Album
Yours Truly on September 3, 2013

Ariana Grande-Butera was born in June 1993 in Florida. Ariana is of Italian descent, and her name was inspired by Princess Oriana in ‘Felix the Cat.’ As a child, Ariana performed with the Fort Lauderdale Children’s Theater; her first role was the lead in ‘Annie’, and she also appeared in ‘The Wizard of Oz’ and ‘Beauty and the Beast.’ As a child, Ariana performed on a cruise ship and of part of various orchestras. At 8, she made her television debut, singing ‘The Star Spangled Banner’ for the Florida Panthers. At 13, Ariana became serious about a career in music, and moved to LA. where she expressed a desire to produce an R&B album. She was cast in the Broadway musical 13, and her performance netted her a National Youth Theater Award. Once cast in 13, Ariana left school, relying on tutors to continue her education. In 2009 Ariana auditioned for the Nickelodeon show ‘Victorious’ and was cast as Cat Valentine. During her time on the show, Ariana recorded herself singing cover versions of songs by Adele, Mariah Carey and Whitney Houston and uploaded them to Youtube. She made her first musical appearance on the track ‘Give it Up’ from the album ‘Victorious: Music from the hit TV show’ in August 2011. She released her first single ‘Put Your Hearts Up’ in December of that year, although she would later dismiss the sound of her debut as ‘bubblegum pop.’ After three seasons, ‘Victorious’ was not renewed: Grande went on to star in an iCarly and Victorious spin-off, ‘Sam & Cat’ which was a ratings success, although ultimately cancelled after one season.

Ariana released her first album, ‘Yours Truly’, in August 2013, after working on it for three years. It debuted at #1 in the Billboard Hot 100, selling 138,000 copies in the first week. The album also debuted in the top ten in several other countries, including Australia and the UK. 2013 proved busy for Ariana: she appeared in a Nickelodeon film, ‘Swindle’, sang with ‘The Wanted’ on one of their tracks, toured with Justin Bieber before launching her own solo tour and released a holiday album, ‘Christmas Kisses.’

In 2014, Ariana released her second studio album. ‘My Everything’ which also debuted at #1 in the Billboard Hot 100. The singles ‘Problem’, ‘Break Free’, ‘Bang Bang’ and ‘Love Me Harder’ kept Ariana in the top 10 of the Billboard Hot 100 for 34 consecutive weeks. In September 2014, Ariana appeared on SNL as the musical guest. Just days later, the fourth single from ‘The Hunger Games: Mockingjay’ soundtrack, on which Ariana features, was released, and the next month, Ariana released a holiday single, ‘Santa Tell Me.’

Ariana is a petite 5ft 1in (155cm) and weighs around 105 lbs (48 kg) and measures in at approximately 32-24-32 in or 81-61-81 cm. She wears a US 2, has a 32A bust and size 6 feet. Ariana’s natural hair color is dark brown, but she has colored it, most famously a red color for her role in ‘Victorious.’ Ariana credits her lean figure to a vegan diet and the exercise she gets from dancing, hiking, and chasing after her puppy, Coco.

Ariana dated American actor Graham Phillips from 2008-2010 before having an on-off romance with Australian musician Jai Brooks from 2012-2014. She dated Nathan Sykes from ‘The Wanted for a couple of months in 2013 before dating rapper Big Sean from July 2014 to April 2015.

In 2014, Ariana was criticized in the media for allegedly being rude in her interactions with the press and her fans, although she strenuously denied these allegations. In July 2015, she was caught in surveillance camera licking doughnuts in a bakery before declaring ‘I hate Americans. I hate America.’ Later, Ariana released an apology video, explaining that her comments were related to obesity in America and the amount of fattening food available, rather to a dislike of her country.