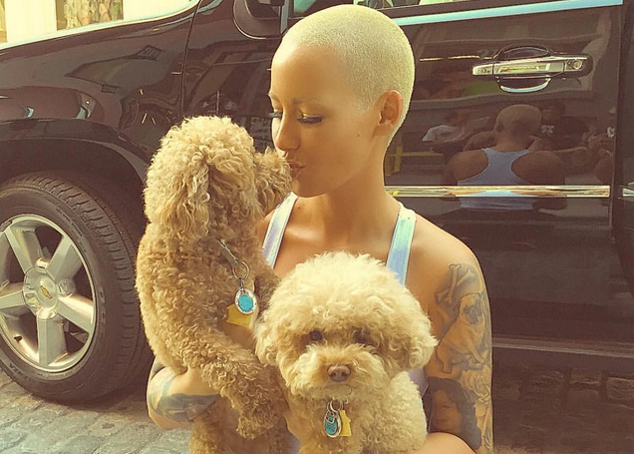 Job – Occupation
Amber is a model, fashion designer, actress, and hip hop artist. She is also a former stripper, a profession she took up at the age of 15 using the name “Paris.”

Body
Her body type is full-figured and very curvy.

Color of Hair
Naturally brown. She bleaches it blonde.

Colors of Eyes
Brown. Has been known to wear blue and grey contacts. 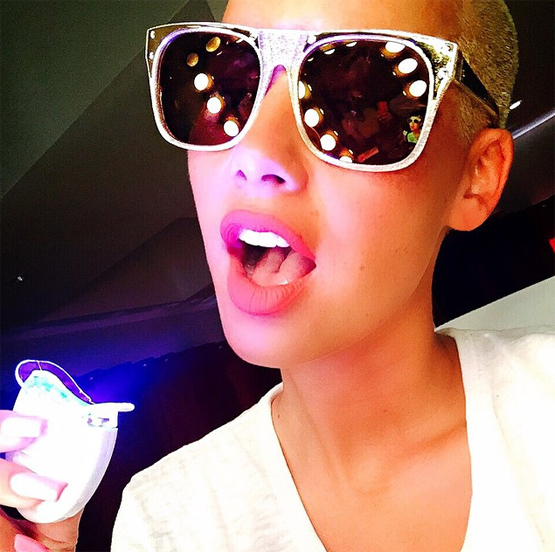 Well Known For
Amber Rose is best known for dating famous hip hop artists and rappers, such as Wiz Khalifa and Kanye West. She is also known on social media, especially for her ‘twerking’ videos.

First Album
Rose has not released any albums, though she has released several singles. Her debut single was titled “Fame.”

List of Facts
• She has appeared in music videos for songs by Wiz Khalifa, Ludacris, Young Jeezy, Fabolous, Mary Mary, and Nicki Minaj.
• Co-owns a clothing line with Priscilla Ono. It is called Rose & Ono.
• Appeared on Season 3 of RuPaul’s Drag Race as a guest judge.
• She will soon be releasing her first book, titled How to Be a Bad Bitch.
• She has one son, with ex-husband Wiz Khalifa. Her son’s name is Sebastian.
Additional Statistics and Summary
Amber Rose was born Amber Levonchuck. She was born in 1983, in the city of Philadelphia, Pennsylvania, to an Irish/Italian father and a Cape Veredean/Scottish mother. At the age of 15, her parents divorced and she began to work as a stripper using the name “Paris.” In September, 2009, Rose appeared in the music video for Ludacris’s song “What Them Girls Like.” Rapper Kanye West was impressed with Rose’s performance in the video and she was subsequently hired to appear in an advertisement for Kanye West’s Louis Vuitton sneaker line. Rose went on to date Kanye West from 2008 to 2010, a relationship that garnered a lot of media attention. During this time, Rose continued to appear in music videos and made appearances on several reality shoes. She was also hired to represent the Smirnoff vodka brand, specifically for their Whipped Cream and Fluffed Marshmallows flavors. In 2012, Rose released her debut single with boyfriend Wiz Khalifa. The single, titled “Fame,” received little attention from the media or critics. She continued to date Khalifa and they became engaged in March of 2012. They were married in July 2013. Unfortunately Rose filed for divorce in 2014 – shortly over a year after their marriage. Khalifa and Rose have one son together, named Sebastian Taylor Thomaz. It has been confirmed that Rose has been dating rapper Machine Gun Kelly since May of 2015.