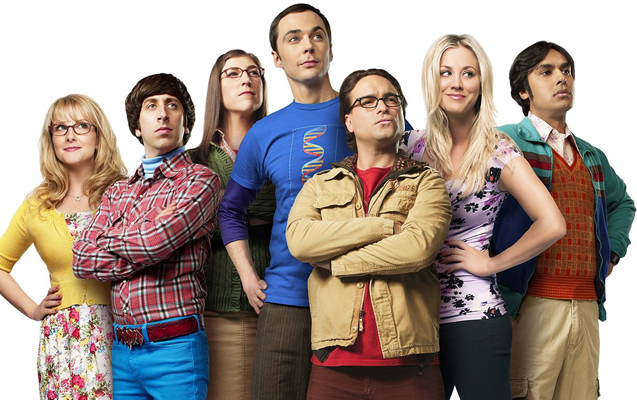 The Big Bang Theory is one of those shows that lasted longer than many originally thought it would. Its secret to its success is the same as every other long-running TV series or sitcom; an amazing cast chemistry. This article will look at some interesting fun facts about the show that you probably did not know. You know the lead character of Sheldon Cooper, who is played by Jim Parsons, being gay and with his boyfriend for over ten years; of course that is pretty much common knowledge now.

The other fun facts around the Big Bang Theory:

1 Have you ever wondered who did the voice of Howard Wallowitz’s mother? It is actually the same actress who plays his girlfriend, and later wife, on the show. Bernadette is played by Melissa Rauch. Melissa says the voice of her mother-in-law on the show was based on her real life mother’s voice.

2. The first time Leonard and Penny (played by Johnny Galecki and Kaley Cuoco) told each other “I love you” only took one cut. The two actually dated in real life for a couple of years so it was almost as if they were not even acting since they appear to have genuine feelings for each other. Even Kaley was quoted as saying something to the effect that it was as if audience and cameras had vanished and it was just her and Johnny.

3. If you ever watch are watching a scene where you see the stars of Big Bang Theory playing musical instruments, just remember that they really are. Galecki plays the piano while Parsons plays the theremin and Mayim Bialik taught herself how to play the harp upon learning it was her character Amy’s instrument of choice. As for Penny, well she does not have to do much acting whenever you see her drinking on the set.

4. Have you heard the “Soft kitty” song that Sheldon always gets Penny to sing to him when he is sick? The song was actually inspired by the daughter of executive producer, Bill Prady, one day in her preschool class.

5. Sheldon Cooper has his hit catch phrase, “Bazinga”. This actually has its origins in the writer’s room when writer Stephen Engel and Parsons were playing practical jokes with a grapefruit and tape. Bazinga was what Engel blurted out in place of the word “gotcha”; and it became part of Sheldon’s line whenever they could work it in from there.

There you have the top 5 fun facts surrounding the hit sitcom Big Bang Theory which is currently getting ready to start its 9th season and two more following after signing a three year contract in which the three lead characters receive a million per episode. How popular is this show? There are parents whose children ask them to sing “soft kitty” to them at night after the show goes off.

There was even one man in the audience who asked the stars for dating advice; to which Kaley Cuoco (Penny) just told him to knock on his neighbor’s door repeatedly because she will answer soon enough. This was all to the disapproval of lead character, Jim Parsons who commented back about how terrible that advice was.  What is next for the show? Bringing in Sheldon’s Meemaw and trying to figure out who would be a great actress for that part. Some fans of the show are voting for Betty White. Betty and Jim/Sheldon? Now that would be worth a watch!