O.J.: Made in America is an ESPN 30 for 30 documentary and television film series premiering in June 2016. The film explores the life of O.J. Simpson through a variety of lenses, ultimately telling an in-depth story suggesting there is more than what meets the eye. Filmmaker Ezra Edelman illustrates the life of Simpson through a chronological format, and wide-scope context supported by eloquent insights, captivating raw footage, and socio-political topics of race, culture, and the life of a starring football celebrity. 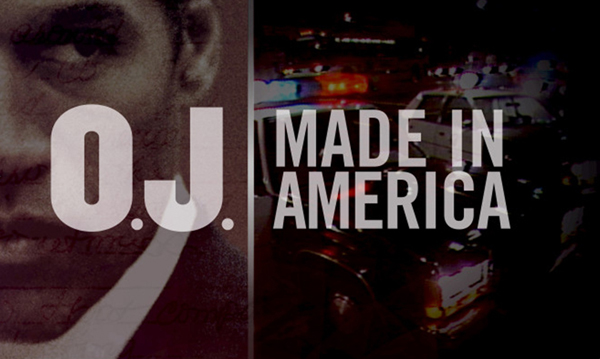 Film highlights will be BREATHTAKING:

This complex film has a variety of layers and elements leading up to some unique, pulsating highlights sure to take the audience’s breath away.

Variety reports, “O.J.: Made in America adds rich contextual layers to the case, including a dive into the history of Los Angeles race relations that played such a central role in his acquittal. Having previewed three of five chapters, there’s an abundance of highlights between the kickoff and end zone”.

It will be a MASTERPIECE:

Writer-director Ezra Edelman has been given an enormous tapestry, to which he responds that he perceives the film “like a master opus—one that deals with the nexus of race, celebrity and sports, and the strange juxtaposition of a figure who prided himself on transcending color, yet ultimately relied upon it when charged with the murder of his ex-wife, Nicole, and Ronald Goldman”—An article from Brian Lowry

Indie Wire reports critics “admit the film is receiving a lot of high praise”. From Brian Moylan of The Guardian: “If all of its long-form documentaries are going to be this good, it is going to be absolutely vital viewing for both fans of sports and casual viewers.”

The Film will be REAL, it will be EPIC:

Don’t be fooled, this documentary takes everything to an entirely new level.

Variety article proclaims, “the film leaps back and forth among these various threads, and occasionally directly connects them, such as footage featuring Bob Hope lauding Simpson at a USC rally in ’68, intercut with the King and Kennedy assassinations that also happened that year”.

It’s NOT going to be what you EXPECT:

Actually, it will EXCEED expectations:

From the Los Angeles Times, “Edelman’s tale is something of a double helix, telling the origin story of a complex crossover celebrity while chronicling black-white tension in Los Angeles”.

A TROJAN HORSE for Issues of Race in America?

The Los Angeles Times also makes the claim that this documentary will perhaps be a ‘Trojan horse’ for issues of race in America. “Made in America covers a lot more than the murder of Nicole Brown and Ronald Goldman and the sociological Rorschach test that sprung up in its wake. The miniseries uses the life of the former USC star as a means of investigating race in America–a Trojan Horse, if you will”.

O.J. Simpson is NOT involved in the film:

In various interviews, Ezra Edelman has been asked about involving O.J. Simpson in the documentary, and why it wasn’t imperative to him that O.J. Simpson be involved at all. Edelman proclaims,

“To ESPN’s credit, especially with the zeitgeist and the popularity of The Jinx–type programs, it wasn’t like we were aiming to get O.J. to sit down and talk to us. It’s like, would I have loved to sit down with O.J.? Sure. But it would have been a different film. And not necessarily the film I wanted to make.”

Ezra Edelman originally did NOT want to make the film:

Edelman got the offer to make this documentary in 2014 from ESPN Films’ senior vice president and executive producer Connor Schell:
“I want you to do a five-part movie on O.J. Simpson,” he was told.

“I said, ‘I don’t want to do this,’” Edelman told Business Insider. “Because I lived through this and what could I say about this that someone else hasn’t said.”

Edelman’s process was the ‘perfect storm’ to produce this film.

In an interview-article, Huffington Post asks for details on Edelman’s process, “how did you start researching such an ambitious project?”
Edelman: “I didn’t come to this story with no knowledge. So as strange as this sounds, I sort of had a little bit of a framework in my mind at the start — the themes I wanted to explore. The first step for me always is just reading. And there’s no shortage of books about the trial and stuff like that. So it was, like, get all those things, figure out what are all the seminal texts that really need to be absorbed and then move forward from there.”

The documentary will be divided into a 7-part television special in June. Audiences can view the first five parts on ABC June 11th, 2016. After, the complete series will be available on ESPN on June 14th, 2016.